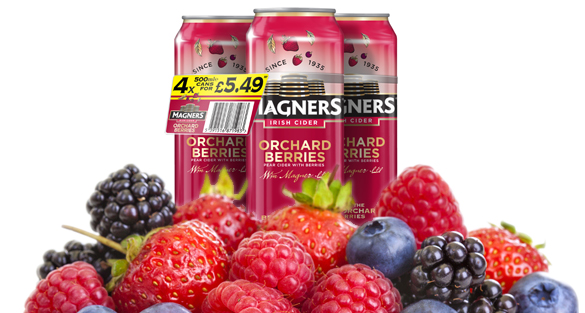 Magners has unveiled a new Magners Orchard Berries 4x500ml PMP can for the impulse channel in response to consumers increased demand for price marked packs in the UK.

Magners Orchard Berries 4x500ml PMP (abv 4%) will be available from November at £5.49 and is in response to the growing trend for the easy-to-carry PMP can format in the impulse channel.

The launch follows the successful introduction of the Magners Original 4x500ml PMP can in May 2013. As well as featuring the newly designed Magners Orchard Berries can, the new multipack will also feature a prominent front-of-pack price label for added standout on shelf.

Made from strawberries, raspberries and blackcurrants, Magners Orchard Berries was first launched to the off-trade in August.

Ed Shoebridge, Head of Customer Marketing at C&C Group, says: ‘PMPs are becoming increasingly popular in the alcohol segment and the introduction of our new Orchard Berries PMP can is an opportunity for new drinkers to taste this great tasting cider.” 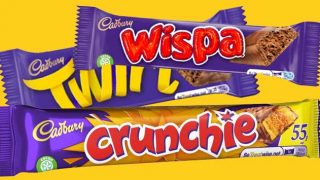 New Mondelez comp is a win-win for retailers and charities