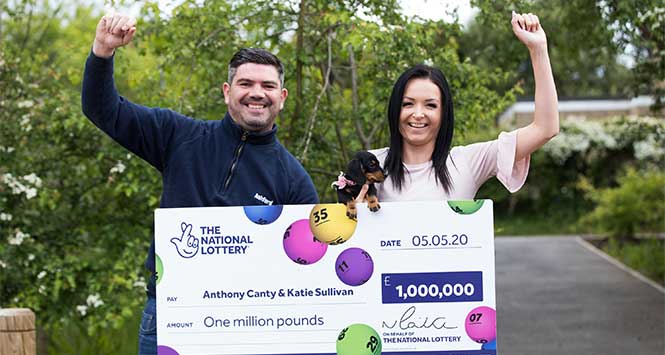 Camelot has revealed record National Lottery sales of £8,374m for the financial year to the end of March, an increase of £468.8m, taking total sales through the £8bn mark for the first time.

As a result, the amount of money donated to good causes across the UK also hit a record high of more than £1bn.

Camelot succeeded in growing sales of all six of its draw-based games to £4,690.7m, an increase of £153.6m. This was primarily driven by Lotto, with a new feature introduced in November that sees around a million players win an additional cash prize of £5 for matching two main numbers in a ‘Must Be Won’ Rolldown draw.

Meanwhile, sales of Instants grew to £3,683.2m with growth in the sales of online instant games offsetting a decline in scratchcard sales which were down year-on-year due to lower retail footfall, particularly in the first half.

Its rewards programme for independent retailers saw commission paid to retailers reach £275.9m – the equivalent of around £6,200 per store.

Less welcome news for retailers is that the National Lottery recorded its highest ever digital sales at £3,509.5m – an increase of £1,052m. Within digital, mobile sales grew by £876.4m to an all-time high of £2,481.9m, with most of these sales via The National Lottery’s apps.

The Lottery’s expanding retail footprint is also a thorn in the side of the convenience channel. It has new partnerships and national roll-outs with discounters, including Aldi and Iceland, and is also making it convenient to purchase a ticket in self-checkouts, as well as making it possible to buy tickets at the checkout in retailers such as Asda and Tesco.