Lottery revamp on cards as sales continue to fall 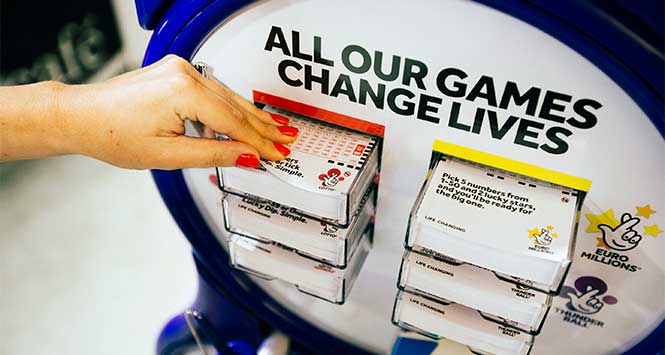 Camelot has appointed Nigel Railton as its permanent CEO, and tasked him with returning The National Lottery to growth following another set of disappointing sales figures.

Camelot launched a strategic review in June, under Railton’s supervision, to address falling revenues. Five months later, it has now revealed its plans for future growth. These are subject to regulatory approval where necessary.

The EuroMillions, Lotto and Thunderball games are to become distinct from each other, with prizes and prices to suit different needs and pockets. Camelot also plans to make improvements to Lotto in the new year, following feedback from players. There will be a Tuesday Thunderball draw, a new EuroMillions HotPicks and an annuity-style game that will give winners long-term regular payouts rather than a bumper jackpot.

Game changes may lead to more players, but this won’t necessarily translate into greater footfall for local retailers. Part of Camelot’s vision is to bring the lottery into discounters, and make play available at supermarket self-scan checkouts.

Perhaps to allay concerns over these developments,  a £20m investment in new retail initiatives is planned to boost levels of engagement and improve in-store display, merchandising and game availability. The sales team will also double in size, to help Camelot “forge stronger relationships with its retail partners”.

There will also be investment in the Lottery’s digital offering to make playing online as easy as possible and offer players a more personalised experience, while a brand overhaul will “make The National Lottery and its purpose far more relevant and visible”.

Commenting on the task facing him, Nigel Railton said: “Coming off the back of last year’s disappointing sales performance – and in the face of the very real threat posed by intensifying competition from the wider gambling sector, which benefits from significant taxation advantages, and continuing doubts over the economy – I don’t underestimate the challenge ahead of us. It is going to take some time to turn things around.”

Tags:Camelotnational lottery
previous article
Shops ‘losing £800m a year to shoplifting’
next article
PayPoint retailers can win up to £1,000 with new Amazon incentive