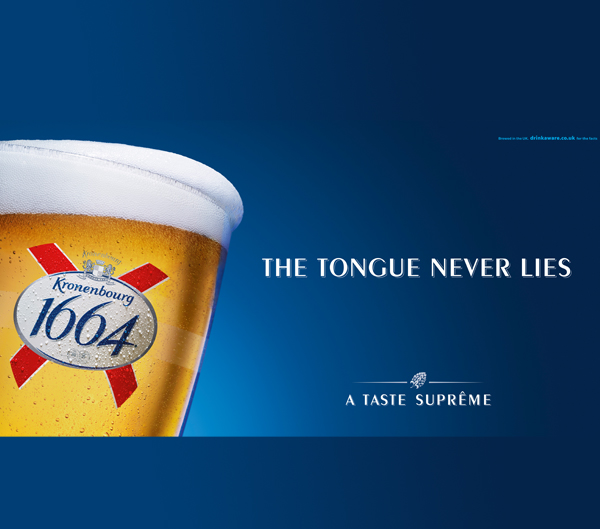 Heineken is launching new creative work for its premium lager brand Kronenbourg 1664 today through a national outdoor and press campaign focusing on what the company refers to as the “superior taste” of the brand.

The campaign introduces the strap line A ‘Taste Suprême’ and includes 48 sheet posters backed by prominent national rail and digital advertising around the UK.  The campaign will be complemented by heavyweight print activity in major national press titles including Metro, The Times, The Guardian, Daily Telegraph and The Independent.

The new creative is inspired by the Strisselspalt hop, apparently known to brewers as the ‘caviar of hops’ from which the distinctive taste and aroma of Kronenbourg 1664 derives. A series of campaign executions venerate Kronenbourg’s superior taste credentials by marrying stylish, mouth-watering images of the beer with thought-provoking phrases such as ”The tongue never lies”, “To taste is to know” and “Measured in depth not volume.”

Martin Porter, Off Trade Sales Director at Heinken, said: “The new campaign unequivocally positions Kronenbourg 1664 as a reward for self-confident men who put taste first.  We set out to create advertising that celebrates the brand’s distinctive taste and harnesses this product truth to set it apart from competitor brands. The new work will fuel the conversation on taste and put Kronenbourg 1664 at the heart of the discussion.

’The Taste Suprême’ outdoor and press activity represents the first phase of an extensive multi-media campaign that will be rolled out for the brand in 2013 as we continue to build on the exciting opportunity that its superior taste credentials can play in our brand differentiation programme.” 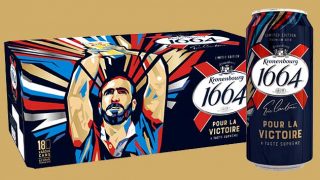 Cantona raises a Kronenbourg to a summer of football 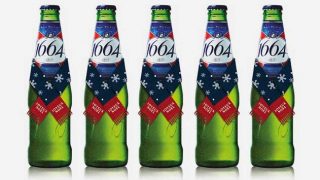 Kro socks it to retailers