Getting closer to customers key to forecourt footfall 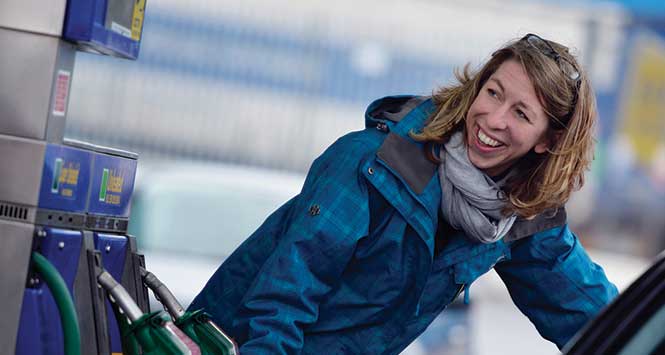 Today’s forecourts are increasingly adopting innovative customer engagement strategies to drive up spend and profits as well as helping transform customer perceptions of what a modern forecourt looks and feels like.

The once humble forecourt has undergone something resembling a revolution in recent years as the leading operators have shown themselves increasingly willing to adopt not only the latest retailing thinking and strategies but also some of the most up to date customer engagement strategies to build loyalty and change customer perceptions about the very nature of retail in a forecourt environment.

The ‘one size fits all’ approach that characterised many forecourts is long gone as more progressive operators have realised that every forecourt must be tailored to its specific customer base’s needs just as precisely as all convenience stores have learned to do.

“We know that a ‘one size fits all’ approach simply doesn’t work for dealers and that’s certainly the case with promotions,” says Anne Day, Brand Communications Manager at JET. “Our aim is to give our dealers choices as they are much closer to their customers than we are and know what will and won’t appeal to their customer demographic.

“By taking a different approach to consumer engagement and getting closer to consumers, we’ve been able to address the challenge that fuel companies and forecourt owners face in driving brand awareness and highlighting promotions or campaigns beyond the forecourt. Using digital channels and novel advertising outlets has enabled us to reach new audiences.”

That fresh approach was born out of independent research commissioned by JET which “unveiled a clear opportunity to change perceptions of the brand, build brand awareness and tap in to the potential under-45s market by getting closer to them”.

Off the back of these findings, JET has spent the past 12 months rolling out a raft of consumer engagement activities with the main emphasis on off-site activities to capture new consumers.

These activities included a nationwide Summer Promotion with Amazon.co.uk, consumer engagement at Silverstone Classic 2016 where JET was the ‘Official Fuel Partner’, a digital app-based advertising campaign run through Waze (the world’s largest community based traffic and navigation app), ‘Skint’ – a nationwide prize draw promoted via bus and digital advertising, targeted consumer communications to JET’s database of over 47,000 consumers and an ongoing programme of Facebook and Twitter advertising and activity.

The results have been extremely positive. During the Amazon promotion, volumes across JET’s network rose by an average 2% compared to the preceding period and the top 10% of sites had a volume increase of 4%.

When JET ran an advertising campaign on Waze, it reached over 800k Waze users the UK, with 26,000 users proactively engaging with the JET advert and 6,000 clicking through to the final element of the app where they were given directions to their nearest JET forecourt. The adverts on Waze resulted in £61k worth of fuel purchases and one JET site saw a 22.5% increase in fuel sales during the three-month trial period.

JET has since continued to advertise through Waze and the results are proving even more encouraging, with over 23 million impressions, 43,057 advert clicks and 15,281 direct navigations to a JET site in the period from June to the end of September.

“I think the key to the success of our consumer engagement has been making it very highly targeted,” adds Day.

By capturing consumer data through a number of elements in its integrated consumer engagement initiative, JET can now deliver highly-targeted consumer marketing and communications in the future.”

Innovation is also at the heart of the fuelService app rolled out across its UK network by Motor Fuel Group (MFG), the second largest independent forecourt operator in the UK with 424 stations operating under the BP, Shell, Texaco, JET and Murco fuel brands.

The free fuelService app has been launched to enable disabled drivers to re-fuel their vehicles more easily by helping the driver find a local petrol station and asking them if they will be able to assist before they even arrive. Once at the petrol station the driver can use the App to tell the petrol station they have arrived and which pump they are at, making them easy to spot. The driver is told via the App how long the attendant will be before they come out to help, so they are not sat waiting in hope.

Forecourt retailer Euro Garages is one of the latest to invest in PriceAdvantage fuel price management software, now partnered with TLM Technologies to push sales in the UK. PriceAdvantage software allows fuel marketers to easily gather competitor prices, replacement costs, historical data and market insight as well as leverage economic modelling to determine and push new fuel prices to the street faster and more accurately, according to TLM.

Also driving innovation is Mahmood Saleem, whose recent upgrade of the JET Ardeer Services in Stevenson scooped him the Retailer of the Year Award at our SLR Rewards earlier this year.

Among the improvements made during his £1.5m transformation of the site was the installation of a tobacco vending unit from Navarra Retail Systems in his Nisa store. Stock is stored securely in an upstairs cabinet and then simply fed to the till via a chute when counter staff use touch-screens to select a tobacco product. The system is integrated into the Epos, so if a product is out of stock, staff are unable to complete the sale at the till.

Ayrshire-based forecourt owner Brian Connolly has added a second JET forecourt to his portfolio following the success he enjoyed after a major refurbishment and expansion programme at his first forecourt operation, JET Maybole which saw the site quadrupled in size to 4,000sq ft.

Two years on and Brian has now bought a second service station – this time in Dalmellington, 10 miles from his Maybole site. The Dalmellington forecourt is located on the Galloway Tourist route, which runs from the A74(M) at Gretna to Ayr and is popular with caravans and bikers. Although it is still early days, Brian is already putting his own stamp on the three million litre per annum (mlpa) JET-supplied forecourt, which has eight nozzles and a separate fast delivery diesel pump. Bunkering fuel is popular with passing HGV vehicles, which wasn’t an option for Brian at Maybole due to a lack of space. The 1,000sq ft convenience store is currently supplied by Booker.

JET has supplied Dalmellington’s fuel for more than 15 years and, when he bought the site, Brian quickly signed a new five-year contract with JET. He explains: “JET have been my supplier at Maybole for some 13 years now and have never once let me down. As well as being a really strong brand in the local area, JET’s offer is competitive and I know that I can rely on them to help me mirror the success of JET Maybole.”

Brian has already made some changes at the site and is excited about future developments. A Costa Coffee machine has already been introduced and is helping to drive forecourt footfall, with sales averaging sales 90 to 100 cups per day. Over the next few weeks, state-of-the-art jet wash, air and vacuum facilities will be introduced, as well as a 24/7 ‘Revolution’ outdoor self-service launderette, which Brian believes will help increase footfall. 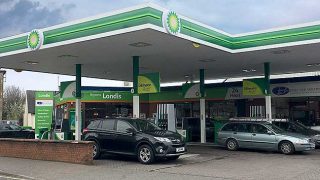 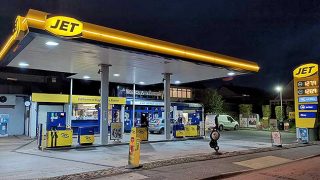