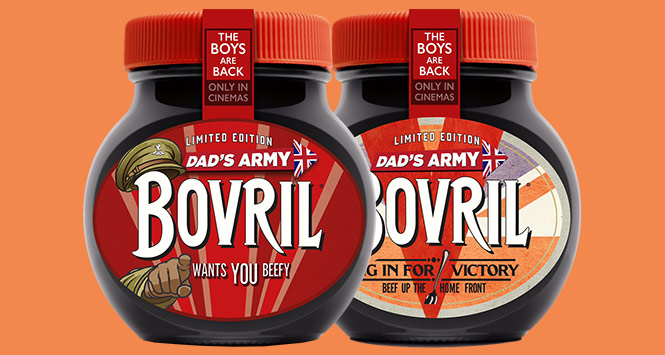 Unilever brands Bovril and Colman’s have partnered with the forthcoming Dad’s Army movie, in cinemas 5th February, with new limited edition Bovril packaging and an on-pack promotion that gives fans the chance to win one of thousands of Dad’s Army themed prizes.

Bovril’s three Dad’s Army-themed jars, available now, promote the launch of the new film and feature nostalgic motivational war messages such as Dig In For Victory, Beef Up For The Home Front and Dad’s Army Wants You Beefy.

Both Colman’s and Bovril are supporting the partnership through a joint competition, which is being hosted on the Colman’s website, to give away prizes including a holiday in Yorkshire, a trip for two to Bletchley Park and thousands of Dad’s Army branded shovel spoons and mugs.

Jonathan Roberts, Assistant Brand Manager for Bovril, commented: “Bovril and Colman’s are steeped in heritage and our promotion of the Dad’s Army movie is a great opportunity to remind consumers of the role each brand played in supporting Britons during World War II. Bovril formed part of military war rations and the government refused to ration Colman’s so Brits could add flavour to war time meals.

“In addition to Bovril’s limited edition packaging, our joint competition is an exciting opportunity to generate buzz around both brands and promote the launch of the film in February.” 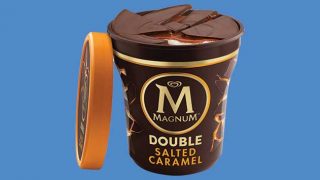 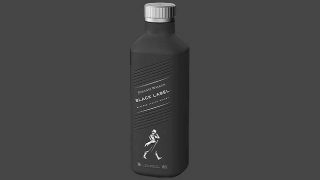