Three times a charm for the Marwahas 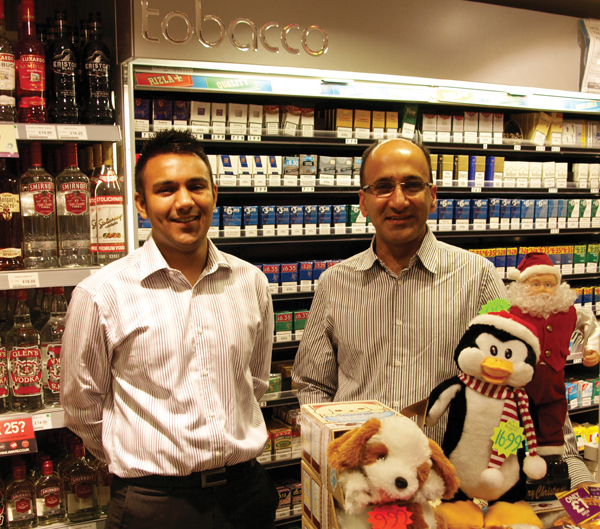 Well over a year after buying their its shop, the Marwaha family finally refurbished its Premier store in Cardonald, Glasgow, giving the community a bright, vibrant shopping experience. SLR paid a visit to see how it measures up.

Back in May 2011, the Marwaha family added a third store to their portfolio. Its from Riddrie in the north, to the west end of Glasgow and out to Cardonald with this new store, the family of Jack, Rita and their son Shaun, are making their presence felt across the city.

The Cardonald store – now known as Shaun’s under the Premier fascia – has been a long time getting to the standard you’d expect from the award-winning Marwahas. Much of this was due to a delay in obtaining a major variation to the premises licence which in turn was holding up a major refurbishment. The work finally commenced in June of this year and the shop is now up and running exactly how Jack and Shaun would like it to be.

“The turnover shot up immediately after the refurbishment,” says Jack. “It took longer than we’d have liked with the licensing hold up and then we wanted to ensure that everything was exactly as we wanted it to be. It was frustrating. For over a year we traded with the old format, which had these old Co-op shelves that were in a bad state.”

You’d never know that to look at the shop now, which is gleaming and perfectly designed by Jack and Shaun with the help of Vertex. The 2,500 sq ft rectangular shop’s till is on the right as you enter, half way across its width. Long horizontal banks of aisles are separated by a vertical aisle that divides the shop nicely into impulse categories and products associated with a bigger shop. At the back, the entire width of the shop is taken up by upright chillers and freezers. The shop feels welcoming, so it’s easy to navigate that it’s easy to sweep round and pick up more than you bargained for thanks to a dedicated promotional area and numerous gondola ends stacked with the latest offers from Booker.

One of the aesthetic highlights of the store is the closed door chillers, which came factory fitted. “We did think for a while about whether we wanted them. We visited some stores that had them such as Spar’s Craig Tara shop. In the end it was an easy decision. I don’t think anyone is going to skip buying a drink because they have to open a door.”

When it comes to products, Jack says that own label sports and energy drinks continue to amaze him. “Okay they only cost 35p or 50p but Booker offers 30% POR and when you’re selling as much as we are, that starts to make you a lot of money.”

That’s the sort of logic we like here at SLR.
Opposite the soft drinks is a huge four metre bay dedicated to promotional lines – which at the time of our visit was full of Christmas products – and with 4,000 leaflets being dropped in every cycle, there’s plenty of reasons for the customers to keep coming through the door.

The chillers too, impress. There’s a huge array of fresh – thanks to a thrice weekly delivery to complement three ambient and frozen deliveries – and Jack says this has led to sales he wouldn’t have anticipated. “We had a customer the other day buy fresh meat, some vegetables, a jar of sauce and some other items. If we didn’t have good vegetables, he likely wouldn’t have bought any of that so we’re now able to tie into this meal mission that shoppers go on.”

It’s the sort of shop you can do a shop in – the low height of the aisles encourages browsing and the small trolleys at the door offer a subconscious hint that a lot can be bought without having to take a trip to the supermarket.
“People do come in for a shop. When we first took over, bread, milk and newspapers were all in one corner at the back of the store. No one moved around. Basket spend is up because we’ve managed the flow of traffic and considered different shopping missions,” says Jack. “A woman the other day said to me ‘I always come in for something thinking you won’t have it and you always do’, so we must be doing something right.”

Jack adds that when they took over they delisted a lot of lines that weren’t selling, but since the refurb they’ve been brought back in on Booker’s nod and are selling well.
Since taking over turnover has doubled and Shaun believes there’s another 15% to come. “There’s no specific area where we’re doing better – it’s across the entire store,” he says.
A major relaunch party involving a singer, Barney the Dinosaur and an unnamed male member of staff dressing up as Betty Bassett was a huge PR boost and Jack says sales have “rocketed” since then. “The community is here, we just need to work hard to become part of that,” he adds.

So with three stores on the go now is that enough? Jack and Shaun share a look and laugh. “We’re on the lookout,” admits Shaun.
Moving beyond three stores inevitably means handing over more control to managers. Shaun says: “We keep a close eye on all three stores, but we’ve got confidence in the managers. Two of them are ex Co-op and the other has a lot of experience of retail. As long as sales are steady we’re happy.”

Jack adds: “They’ve all got difference specialities so when something has worked in one shop we can move it into the others.”
Since the Marwahas came across SLR’s radar when they bought Chruchill’s in the west end of Glasgow, they’ve never failed to impress and the new look Cardonald store is as impressive as anything they’ve done before now. With three stores now trading well and the family on the look out for another, it would seem there’s more to come from the Marwahas – and that can only be a good thing for local retailing in Scotland.

Tags:charmMarwahasThreetimes
previous article
Power through Christmas
next article
What’s in store for 2013? 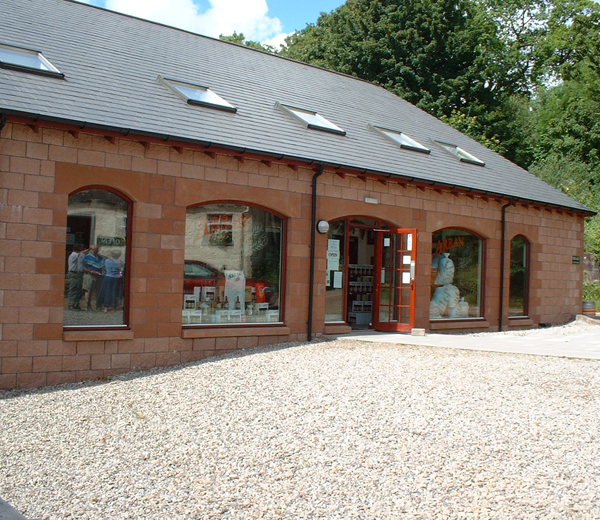 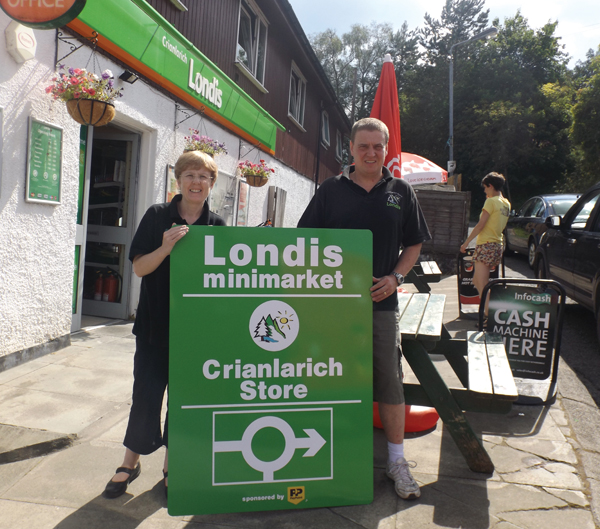