The hits just keep on coming! 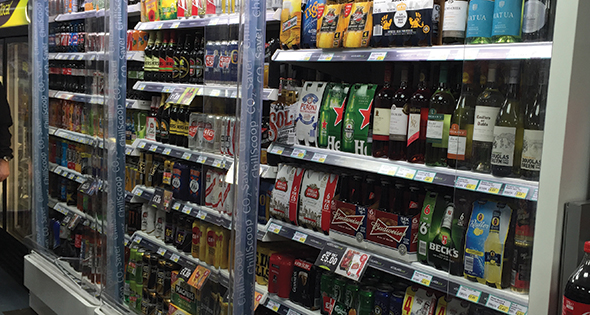 The team at Woodlands Local resolved to make 2015 a spectacular year and it got off to a great start… before torrential rain brought the roof down in the first week of the year!

So, we’re only a few weeks into 2015 and it’s already proving to be an eventful year in our sunny little corner of Falkirk. Since 5th January we’ve carried out a major upgrade throughout the store – and we’ve had the roof cave in after sustained torrential rain and snow!

If you read this feature ever month you’ll be well aware that 2014 was a year full of challenges at the store – but the good thing was that we met them all head on and reached the end of the year happy in the knowledge that the store, structurally, is in better condition than it has probably ever been.

Heading towards Christmas we hatched our plans for 2015, delighted that we could finally turn all of our attentions to changing the parts of the store that our customers see. So it was a pleasure and a privilege to welcome the team from Enviroglow on 5th January to begin the installation of our store-wide ultra environmentally friendly mini-refit. It ended up taking the team two full days to complete the installation of new fridges, new lighting, motion sensors, chill scoops, voltage optimisers and more – but the return on investment period is just 34 months. We also have the added satisfaction of sleeping better at night knowing that our store is now among the most environmentally friendly in Scotland. (You can read all about that on the next couple of pages).

The highs… and the lows of life at Woodlands Local

The installation of our full new environmentally-friendly upgrade package is now complete and will reduce our carbon footprint and our energy bills every month.

Spirits fixture fully re-ranged and re-merchandised with Maxxium to build on our strengths and historic sales and drive volume and margins.

A full new set of exterior furniture to be used on our forthcoming café area out the front of the store has arrived. As soon as the rain and snow stops we’ll maybe get the chance to actually try it out!

Three days after our enviro refit, a large section of the roof collapsed after days of torrential rain and snow. Many of the newly installed LED lights were destroyed, as was a chunk of the new roof.

The store is now a lot cooler now than it was when all of the fridges were integral units; the new ones are remote. Unfortunately the staff now think it’s too cold! The branded fleeces have been ordered…

Despite the chaos that ensued during the installation – we remained trading throughout – it was immensely satisfying to see a large chunk of the store transformed, and our customers have also been quick to notice.

One immediate side effect however is that the store has gone from being a rather balmy average 34 degrees to a somewhat less balmy average 16 degrees! The new chillers are remote units so don’t pump anywhere near the same amount of heat back into the store. We’ve gone from the staff complaining about it being too hot to the staff complaining about it being too cold! But the branded fleeces have been ordered and we’ll provide some photos to prove it in the next issue.

Our joy at seeing the store make a huge leap forward was short lived however. Within three days of the refit – literally three days – a large chunk of the roof caved in after non-stop torrential rain and snow.

As well as destroying perhaps 25% of the (brand new) ceiling, the torrent of floodwater also damaged one of our tills, a lot of the floor and, most infuriatingly of all, several of the brand new ultra-environmentally friendly LED roof lighting panels that had only been in place for a few days. The insurance company was suitably sceptical, as you can imagine.

But at the end of the day it’s a minor inconvenience and we are now all but finished fixing the damage and are in a good place to ramp up our chilled offering throughout the store.

The new chillers are far deeper than the old ones and allow in most instances for full cases of stock to be merchandised at a time. We have adhered to our original planograms but are in the process of re-doing all of them to take account of the increased display space we now have.

In particular the chiller at the back of the store has given us massively increased space for our range of milk, dairy, food for tonight, butchery and fresh fruit and veg.

A further development recently has been a full re-ranging and re-merchandising of our main spirits fixture. We have been working with Maxxium on a new flexible planogram they’ve been developing that, as far as I can see, is about the most sensible one I’ve seen for the category. Rather than rigorously forcing retailers to stock a very precise range it builds in flexibility and reflects Maxxium’s very pragmatic approach to working with local retailers and understanding their very specific concerns.

Hopefully the new fixture will deliver improved sales for us and help bring more shoppers into the store. 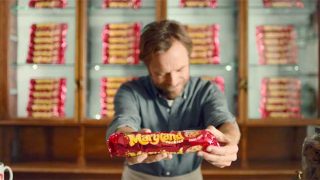