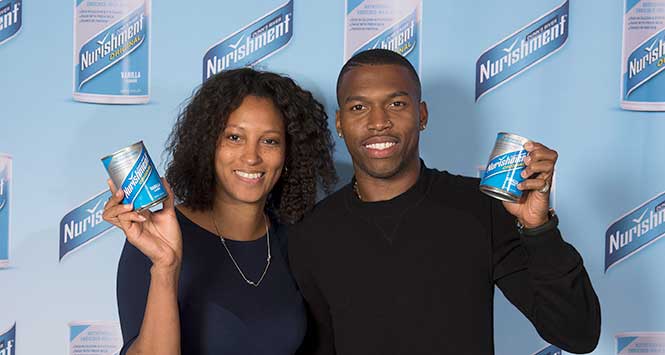 The injury-prone striker – who scored in England’s narrow 3-0 victory over Scotland last November – will partner with Nurishment for three years, supporting a wide-ranging marketing campaign.

Initially, he will promote the Nurishment Filling Station, the brand’s first dedicated gaming app. In addition to making personal appearances, he will also feature in national advertising activity, starting this month (September) in a bus campaign that will reach over two million consumers.

Commenting on the partnership, Sturridge said: “I grew up with Nurishment and Strawberry’s my favourite flavour, so I’m really pleased to be promoting a drink that I’ve enjoyed for many years. I also love gaming and am challenging the nation’s gamers to beat my ‘Filling Station’ score and knock me off the top of the leader board. Game on!”

Adam Reader, Managing Director of Grace Foods UK, added: “We’re delighted to be teaming up with Daniel. He is a role model for millions of people and his family values are aligned with ours. The fact that he’s enjoyed Nurishment since he was a child will make our partnership even stronger.”

The launch of Nurishment’s new gaming app is at the heart of #OLDSKOOLNEWCOOL, Nurishment’s biggest ever social media brand-builder, which will reach over 10 million consumers this year.

Nyree Chambers (pictured with Sturridge), Grace Foods UK’s Head of Marketing, added: “Working closely with Daniel will enable us to engage millions of people, targeting gamers initially as we capitalise on the explosion in ‘all things retro’, giving people the opportunity to take on one of the nation’s most famous footballers.” 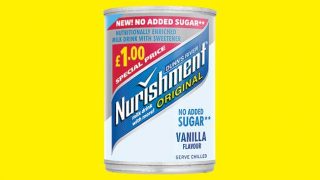 No added sugar for Nurishment 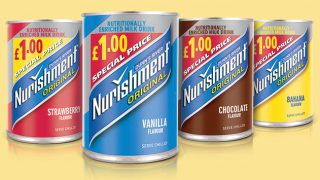