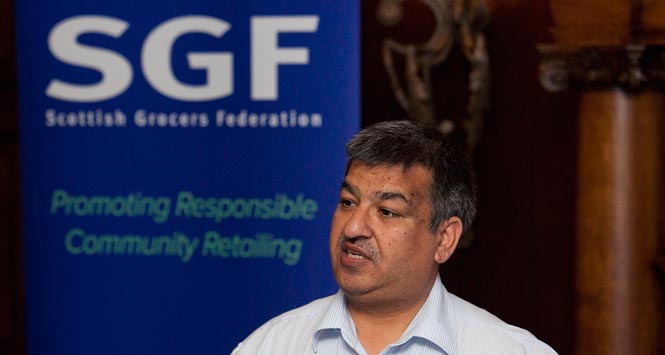 Leading retailers and current National Executive members Dennis Williams and Iain Wilson have been appointed as Vice-President and Junior Vice-President respectively. This means that in effect Williams will be the next President of SGF when Majid steps down in 2016 with Wilson likely to step two years later.

The appointments were ratified by the SGF National Executive at its meeting yesterday (25th August).

Williams is already a high profile industry figure with a multi-award winning Booker store in Edinburgh.

With two Nisa stores in Dundee, Wilson has retailing ‘in the blood’ as his father Tom has been in the convenience store retail business for many years, with Iain growing up serving in the store. He has worked for a number of leading suppliers including Kellogg’s, Coca Cola and SmithKline Beecham and is able to bring that multi-national corporate experience to bear in his convenience store business.

Abdul Majid commented: “I am delighted that Dennis and Iain have accepted these key roles within the National Executive; this helps to ensure continuity and effective succession planning. Their experience of retailing and the wider business world are already huge assets to us and their new roles will build on this. SGF has made tremendous strides forward in the past few months and Dennis and Iain are fully committed to building on this.”