Making the most of Christmas 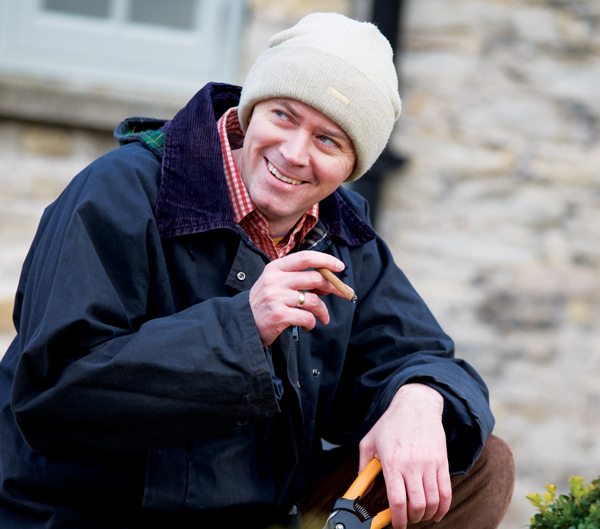 With Christmas on the way, retailers will be hoping for a boost in cigar sales, and while miniatures continue to dominate, the market is distorted by the festive season, with higher sales of large cigars, and more dualists buying into the category.

Scotland’s cigar market continues to play an important role in the tobacco fixture, worth £29m a year for retailers. Last year, cigar volume sales in December increased by over 6% compared to the preceding month. This volume growth is equivalent to an extra 2.4 million cigars sold over the UK and a gross retail value increase of £1.4m.

Putting Christmas to one side for a moment, as with previous years the miniatures sector continues to drive – and its dominance is increasing. 57% of all volume sales in cigars come from miniatures, and there’s no sign of that slowing. It suits the market. Reasonably priced and convenient, miniatures are the continuing choice of more smokers. However, with Christmas coming up there are subtle changes to the cigar market that retailers should be aware of. “Cigar sales certainly increase at Christmas – and much as 20% of the year’s sales can be done in the run-up,” says Alan Graham, Head of Marketing at Scandinavian Tobacco Group, who adds that larger Corona formats have a “huge boost” at Christmas as customers choose to indulge in a format they otherwise would avoid.

JTI’s Head of Communications Jeremy Blackburn agrees that Christmas is a time when the cigar market does see changes. “There are different occasions for cigar smoking and we find cigarette smokers are more likely to dual,” says Blackburn. “For retailers it’s worth looking at their range before Christmas. It’s all about profitability, and pack for pack cigars offer a relatively high level. And remember, at this time of year, our teams on the road are there to support you – so talk to your rep if you need any advice.”

Stephen Horne, Imperial Tobacco’s Regional Sales Manager for Scotland, says that cigars provide retailers with a considerable opportunity as they tend to offer higher trade margins than cigarettes. He adds: “Christmas is the season for celebrations and parties – adult smokers often enjoy a cigar at this time. It is important for retailers to avoid out of stocks throughout the seasonal period because cigars are often given as gifts at this time of year. Some tobacco shoppers will buy stocking fillers for adult relatives who smoke and this provides opportunities for c-stores to promote a broad range of products.”
So, much like other categories, there is an opportunity in cigars that should be grabbed by retailers. Overleaf there is a range of tips that retailers should follow to make that most of the potential – and ensuring stocks of miniature cigars are high is one of them. Horne says: “With the festive season fast approaching, retailers need to keep an eye on seasonal changes to their customers’ tobacco preferences and changing their buying habits accordingly. Ensuring constant, on-shelf availability is always a priority for retailers and during the festive period, this is particularly pertinent as tobacco shoppers may be coming in more often to buy their chosen brands as well as purchasing snacks and drinks for parties. Often, adults who choose to smoke will trade up from their usual tobacco brand as a special treat and retailers need to be prepared.”
Like other cigar manufacturers, Imperial Tobacco’s sales force will be calling on retailers over the run-up to Christmas and can provide retailers with planograms, making it easier and quicker for staff to refill shelves. Representatives can help review your range and sales figures to highlight patterns so you can increase the amount of space given for key brands this Christmas.

Eye on minis
The biggest benefactor of the miniature revolution in cigars is Scandinavian Tobacco Group UK. Café Crème has become the biggest miniature brand in the market and in its many formats should be easily identifiable on the fixture. “Our share of the overall market continues to grow, because more smokers are moving from small into miniatures,” says Alan Graham. He adds that even in the cigar market the value for money trend that is dominating the cigarette category has funnelled down into cigars. With the launch of Moments, STG moved into this market and Graham has been pleased with the results. “Value for money is still the prevailing trend, even in cigars. We took a while to get into this market, and we thought we’d maybe lose Café Crème sales by launching a Value for Money products, but we haven’t which shows retailers can make sales from value and standard brands.

Despite this, price marked packs haven’t made it into the category in any great way yet – despite their ubiquity across convenience stores. Graham says: “We’re always working with retailers to look at how we can help their sales. Cigars, I think, do need to improve on the price marked pack front.”

STG is also not giving up on large format cigars, with Graham saying that there are many customers out there who are willing to spend money on large cigars, but retailers remain reticent. “It is one of our resolutions to make retailers stock more large cigars – they’re under represented in convenience. People are willing to buy them.”
Graham’s final piece of advice is a simple and effective one: “Show your customers you can sell cigars. Move them up the gantry, make them visible.”

Over at JTI and Jeremy Blackburn says: “The continuing success of miniatures will be of great interest to retailers. They continue to grow their share and now almost two out of three cigar sales are now miniatures.”

Part of the success of the sector is down to retailers’ recognising its growth and altering their gantry accordingly. Blackburn says: “Retailers are doing what they should with the miniature category. They should, by all accounts, take 50% of the cigar sales area. I’d urge retailers to look at their gantry and see if minis are taking up half of the space.”
Of course, Blackburn’s main point to retailers is that availability is key – if you don’t have something in stock, then you’re not going to sell much of it.

If we look at profile of the average cigar smoker, there are some clues about how the market will develop. It’s probably no surprise to find that over half of the retailers surveyed recently by JTI cited 30-50 years as the typical age profile for cigar customers in their store. In Scotland, that number is greater than the national average but whilst 63% of inner city and urban retailers are experiencing this shift in age, rural stores are not, with 53% of Scottish retailers citing 50 years plus as the typical age profile of their cigar customers.

Christmas tins from Hamlet
JTI has launched three limited edition tin designs for Hamlet for this Christmas.
The three ‘manly knowledge’ designs, printed directly inside the inner lids of Hamlet 5s, Hamlet Miniature 5s and Hamlet Miniature 10s, feature a stream of etiquette wit. The tins can be identified externally by a ‘Limited Edition’ motif printed on the outer lid and the cigars will be protected by a premium quality, translucent inner liner.

Jeremy Blackburn, JTI’s Head of Communications, says: “The Christmas period can be a time of increased sales potential for cigars, so it’s important retailers ensure they’re offering a comprehensive range to capitalise on this seasonal opportunity. Choice and availability is key – during this period retailers should stock the most popular cigar formats, as well as the right brands, including our new Hamlet limited edition tins, to ensure they don’t miss out on their share of the profits.”

Tags:ChristmasMakingmost
previous article
Who wants to be a millionaire?
next article
A better deal for retailers 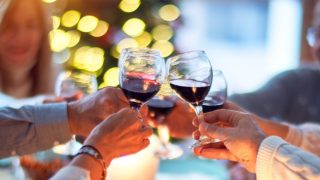