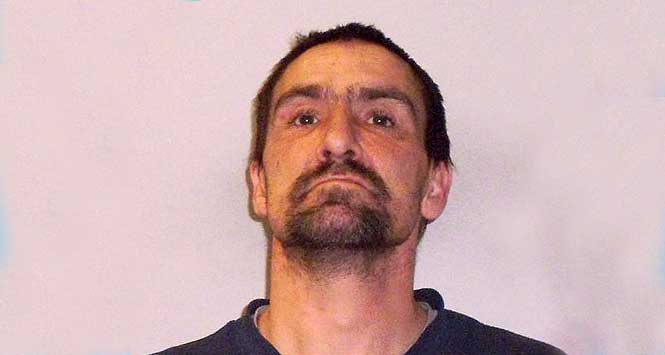 A vicious thug with 95 previous convictions has been jailed for six years after attacking a shopworker with a baseball bat.

Joseph Bissett, 42, repeatedly hit Luminita Serban with the weapon at the Nisa Heathryfold store in Aberdeen on 25 October last year. He also repeatedly banged the terrified 33-year-old’s head off a fridge, pulled out clumps of her hair and repeatedly punched her on the head, while shouting that he was going to kill her. He then stole cigarettes to the value of £547 from the store.

The High Court in Glasgow heard that Bissett had also attacked and robbed a 44-year-old man with learning difficulties after forcing him to buy cider from the same store a month earlier.

The thug admitted two charges of assault and robbery, as well as behaving in a threatening or abusive manner at Premier Marchburn, also in Aberdeen, on the same day he attacked Luminita.

Luminita still has nightmares about the attack but hopes she will start to feel better in time.

Speaking in the Aberdeen Evening Express she said: “I think it’s a good thing he’s going to jail for six years. It would be so dangerous to keep him outside.

“I hope he understands what he did and why it was wrong. Maybe one day he will change.

“I’m still scared but I have started work again. I’m not going to let this rule the rest of my life.”