DRS: retailers to carry the can once more?

As a local retailer in Scotland, and I proudly include myself in that number, it’s sometimes not difficult to sympathise with one-time Manchester City football star Mario Balotelli and his infamous ‘why always me?’ t-shirt. How many times in the past few years have retailers asked themselves ‘why always me?’ Why does it always seem to fall to the retailer to be the guy with responsibility for executing every bit of poorly thought-out legislation that Holyrood and Westminster can dream up?

To be fair, much of that legislation is well-meaning but invariably it is simply ineffective. Most retailers I speak to have no problem with a drive to reduce smoking or alcohol consumption, for instance – but turning the retail industry on its head so far hasn’t had anything like the impact on smoking or drinking levels that we were lead to believe. It’s not what the government is doing, it’s how they’re doing it that’s causing the problem.

The latest example is the Deposit Return Scheme (DRS). I don’t think I’d be going out on a limb to say that most local retailers in Scotland are all for recycling and a more sustainable planet. We’re all up for that. Where do we sign? But the problem once more is not the why but the how? Many retailers – myself included – can’t see what’s wrong with doorstep collections. The infrastructure is already in place: most households have a nice colourful collection of bins just yards from their door where they can recycle food, glass, cardboard, paper and plastics. Simple, elegant and effective.

So why do we need to get retailers involved – and why is it retailers yet again who get the thin end of the wedge? At the risk of incurring some wrath, why not manufacturers or wholesalers? They benefit from sales of soft drinks too.

And possibly most importantly, what would the cost-benefit analysis of DRS look like? The report conducted by Eunomia Consultants – the one that formed the basis of the original Zero Waste Scotland feasibility exercise on DRS – concluded that deposit return is likely only to raise household recycling rates by between 1.5% and 3.3%. Does that marginal gain merit the grief and cost that DRS would cause to the local retailing industry? Would it not be better to continue investing in the kerbside collection services that are already working so well? After all, local authority recycling rates through kerbside collection increased to over 44% of all waste collected in 2015 (the latest full figures available).

DRS is not inevitable and I would urge all local retailers to speak to their local MSP and make their voices heard. Let’s not allow our industry to be battered by another bit of collateral damage from government with a track record of being more interested in style than substance. Yes, let’s keep driving recycling rates up, but let’s be smart about how we do it. 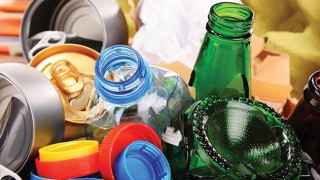