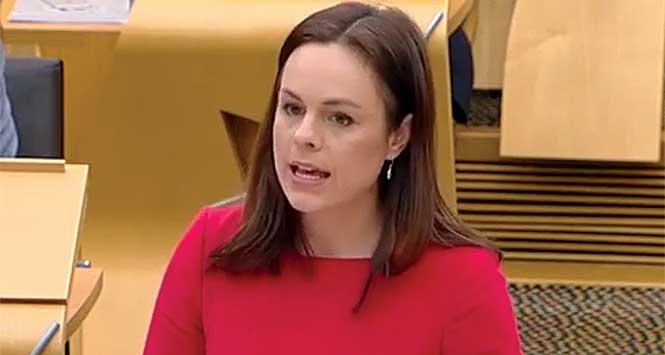 Retail businesses – alongside the tourist, hospitality and aviation sectors – will pay no business rates during 2021-22 under proposals from the Scottish Government.

The 100% relief, announced by Finance Secretary Kate Forbes (pictured) in a budget update statement to the Scottish Parliament (16 February), is one of a series of measures proposed following confirmation of a further £1.1bn of consequential funding arising from UK Government Covid‑19 spending.

The move builds on a three month rates relief extension announced in the Scottish Budget.

There is a Westminster-sized ‘but’ though: the year-long extension will only be taken forward provided the Scottish Government receives the funding already assumed from the UK Budget on 3 March, and that requisite funds are available to maintain existing support into 2021-22.