Win a van with Whyte & Mackay 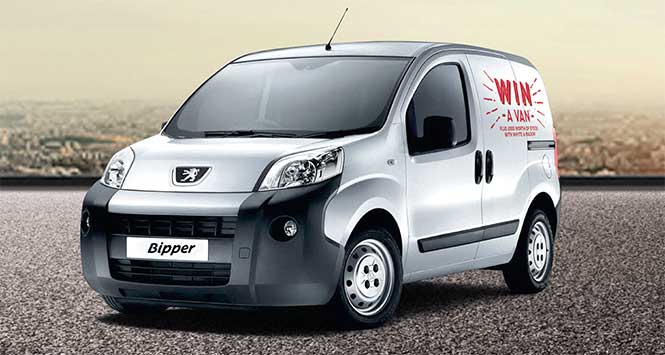 Whyte & Mackay is giving off-trade customers the chance to win a van loaded with £500-worth of prizes, to coincide with the launch of two new PMPs.

The new packs, from Claymore Scotch Blended Whisky (£13.99) and Vladivar vodka (£12.99) form a central part of the promotion, which extends across several brands within the Whyte & Mackay portfolio.

To be in with a chance of winning, customers simply need to purchase three cases from across the portfolio then enter their contact details and receipt/invoice number on the competition website. Two of the three packs purchased must be Claymore and Vladivar.

The promotion runs January 31, 2018. The lucky winner will be drawn at random, and will take ownership of a brand-new Peugeot Bipper van loaded with £500-worth of Whyte & Mackay stock.

Neil Taylor, Channel Controller Wholesale and Ireland at Whyte & Mackay, said: “At Whyte & Mackay we are dedicated to providing the best deals and incentives for our customers. The new ‘Win a Van’ promotion is the latest activity we are undertaking to show our appreciation to our valued buyers while highlighting our new price-marked packs from Claymore and Vladivar. It’s a great opportunity to win a wealth of Whyte & Mackay stock as well as a van to support businesses in their day to day operations.”