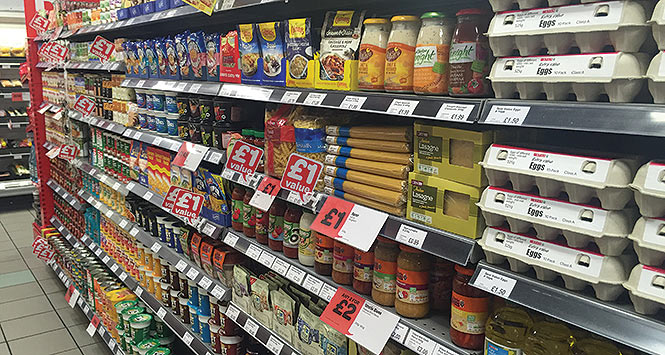 It was a weak August for Scottish stores when measured against last year’s performance, according to figures released in the latest SRC-KPMG Scottish Retail Sales Monitor.

Three-month average total Non-Food sales growth was 0.6% (online adjusted) in Scotland against a growth of 3.0% in the UK, the smallest gap displayed year to date.

David Martin, Head of Policy and Social Affairs, Scottish Retail Consortium, said: “Although retailers had a tougher time during August getting consumers to spend, the three-month rolling average for total sales was the best recorded since May and suggests a general improvement across the longer term. Nevertheless, the trading environment remains incredibly challenging for retailers, especially for those selling food.

“Against this difficult backdrop, government-inspired costs continue to rise. This toxic combination has resulted in significant retail casualties with more announced this month. This should give politicians moment to pause and reflect about policies that can aide the retail industry as they turn to developing their manifestos for the 2016 Scottish election.”

David McCorquodale, Head of Retail at KPMG, said the weather couldn’t be blamed for poor sales, as temperatures and sunshine hours were at or above average for the month. He saw a flicker of light though, with Non-Food sales growth showing some positivity over the summer months.

“As consumer confidence in Scotland oscillates between negative and positive, retailers will be very keen to ensure that, before long, the confidence can return sufficiently to release some of the Scottish purse strings. As retailers try to wean the consumer off the discount drug, this can only be achieved if the consumer feels willing to commit.”