Time for real government action to ‘save our shops’? 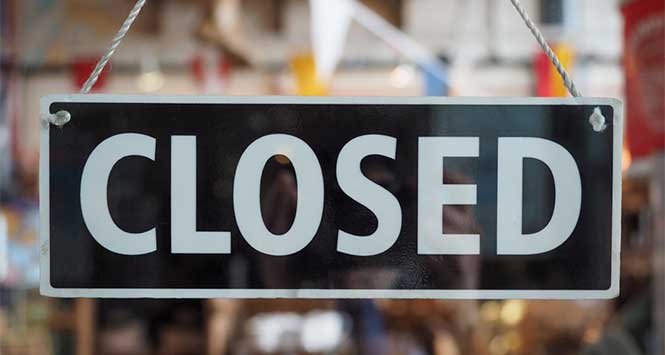 The Scottish Retail Consortium and shopworkers union Usdaw are leading the calls for immediate government action to tackle what they refer to as an “ongoing and growing crisis on Scotland’s high streets”. Has the time come for Westminster and Holyrood to take a more proactive role in safeguarding the future of a vital industry?

The fact that the wider retail industry is in crisis is evident for all to see. A litany of failed businesses over the last five years hints at a problem that runs much deeper than simply badly-run businesses or businesses that didn’t evolve quickly enough to meet the changing demands of shoppers. The heart of the problem lies in what Scottish Retail Consortium (SRC) Director David Lonsdale describes as “a perfect storm of structural, economic and regulatory changes”.

Consequently, even well managed businesses are finding it increasingly difficult to turn a coin. Thusfar the major casualties have been the bigger players with their huge overheads and limited ability to adapt at speed – but the question is, how long before this perfect storm starts blowing the roof off of the smaller players that constitute the vast majority of the local retailing sector?

Lonsdale comments: “These are testing times for retailers, with conditions the toughest in a decade, with larger stores and retail chains often feeling it the most. A perfect storm of structural, economic and regulatory changes is taking its toll, with countless well-known brands having stumbled or tumbled over the past two years.”

With these structural, economic and regulatory changes largely being outside the control of retailers, it’s high time that the Scottish and UK governments stepped up to the plate to support an industry that is utterly vital to the wellbeing of the UK economy, believes Lonsdale. “There is a pressing need for a fresh approach from policymakers and an injection of confidence back into the economy,” he says.

And that’s precisely why the SRC recently met with leading shopworkers trade union Usdaw to to discuss the state of Scotland’s high streets and examine how they could join forces to put more pressure onto government to tackle an issue that they jointly see as nothing short of a crisis. Lonsdale again: “SRC and Usdaw firmly believe that a more coherent policy approach towards the industry is needed now more than ever.”

The two bodies are calling for what they term an “industrial strategy for retail” and urgent action from policymakers.

Stewart Forrest, Usdaw Divisional Officer for Scotland says: “Both Usdaw and the SRC agree that there is a need for a strategy to save shops in the high street and we would like to see a specific strategy for Scotland. So when both the employers’ and employees’ representatives agree, we expect the government to sit up and listen.

“The retail industry is experiencing turbulent and challenging times. It directly employs over 240,000 in Scotland and around 3 million across the UK, with many more in distribution and manufacturing reliant on thriving high streets in our towns and cities. Contributing 11% of UK economic output, it is clear that the retail crisis has a huge knock on effect, impacting the UK economy and a significant number of workers.”

Forrest describes the scale of store closures we have seen as “devastating” and not just for the workforce, but also for Scotland’s communities and town centres. “The Government needs to show that it takes retail jobs seriously by listening to and acting on workers’ concerns,” he says.

The union has long been running a ‘Save Our Shops’ campaign and has launched an online petition that calls on the government to take urgent action by adopting an industrial strategy for retail and implementing a number of comprehensive and co-ordinated policies:

More controversially, from a local retailer’s point of view, the campaign is also calling for a minimum wage of £10 per hour for all workers.

As par of the ‘Save Our Shops’ campaign, Usdaw has also been running initiatives across the UK, including in Aberdeen, Edinburgh and Glasgow, to collect petition signatures and generate awareness among shoppers of the problems facing the UK’s town and city centres.

Paddy Lillis, Usdaw General Secretary says: “Shoppers are very concerned about the future of our town and city centres. Usdaw’s petition calls for the urgent action needed to save jobs and protect our high streets with a government-led clear and coherent strategy for retail. The Government needs to show that it takes retail jobs seriously by listening to and acting on workers’ concerns.”

Lillis also spoke at the recent Labour Party Conference in Brighton, calling for the next Labour Government to take urgent action to tackle the crisis.

He says: “The retail sector, which is at the heart of our communities, is facing one of the most challenging periods in its history. In the last 10 years, nearly one million jobs have been lost on the high street. This crisis has seen the demise of household names like British Home Stores, Toys ‘R Us and Poundworld. At the same time, companies such as Debenhams, New Look and Marks and Spencer have been closing hundreds of stores. Just this week we have seen the collapse of Thomas Cook, which will see the closure of a further 600 stores. Another hammer blow to our high streets.

“Last year, 74,000 jobs were lost in the retail sector and more redundancies have been announced this year. If any other sector was facing this level of upheaval, there would quite rightly be a public outcry and Government action. That is not the case in retail. We must change that.

“We need to tackle the structural issues which are crippling many high street retailers: A business rates system which penalises retailers for having shops on the high streets; a lack of decent public transport, meaning many people cannot access their town centres, and extortionate parking charges which are driving people to shop online.

“All these issues need to be tackled to level the playing field between online and ‘bricks-and-mortar’ retailers.”

Lillis’s efforts were almost immediately rewarded when Labour leader Jeremy Corbyn gave a wide-ranging speech at the conference promising to revive our high streets and give worker more rights.

The campaign is highlighting very clearly how it is structural, economic and regulatory issues that provide the biggest threat to a vibrant retailing community – and that includes local retailers. As SLR has long been demanding, it’s time for government to act if it really does value the retailing sector as much as it often says it does.