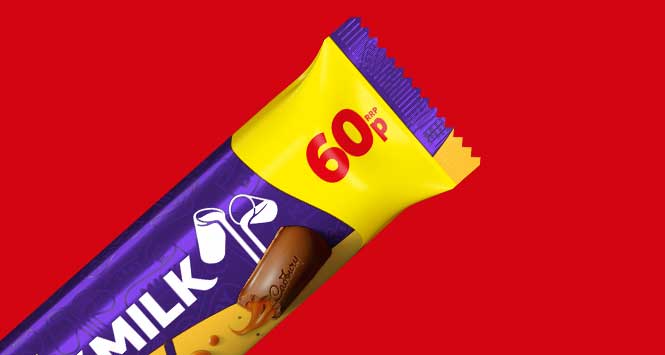 The role of price-marked packs in local retailing has grown enormously in importance over the last year as shoppers seek our reassurance that they’re getting value for money.

The subject of price-marked packs (PMPs) has long been a fairly sensitive one with many retailers preferring control over their prices (and margins) and others prepared to sacrifice that control for the prospect of increased sales.

That debate took a twist last year however with the onset of the Covid-19 pandemic and a very deep and rapid shift that saw shoppers seeking out value like never before.

PMPs don’t necessarily ensure value, of course, but they do tend to reassure shoppers that they’re not paying over the odds for a product.

“Research shows that PMPs offer a number of advantages for shoppers and retailers alike, and therefore are an important part of a store’s offering,” says Susan Nash, Trade Communications Manager at Mondelez International.

“For shoppers, PMPs offer reassurance they are not being overcharged, while contributing to an overall positive price perception. For retailers, the perception of improved value, convenience and trust from their customers make stocking PMPs a good option – with a fifth of shoppers even going as far as to say they would choose a particular convenience store if they knew it stocked PMP products [HIM, 2018].”

That has only grown in importance during the pandemic and Mondelez now offers its widest-ever range of PMPs across all categories, which includes a number of bestsellers, to allow retailers to help stand-out on shelf with the convenience of clear on-pack pricing.

“The nation’s favourite chocolate is helping retailers drive sales in the singles category with the launch of the popular Cadbury Dairy Milk Caramel bar in a new 60p PMP, available now,” says Nash. “More than a third of all bars in independent and symbol stores are Cadbury bars. Caramel is the best-selling Cadbury Dairy Milk flavour – and the PMP format aims to build on this success.”

Cadbury Darkmilk is offering retailers the option of a 55p PMP format too while Trebor Softmints and Trebor Extra Strong roll packs are available as a PMP, and recent launch sugar-free Trebor Cool Drops are available in a PMP box for independent retailers to help drive stand-out on shelf and encourage trial.

“PMPs help retailers build a sense of confidence and trust with shoppers,” says Victoria Gell, Fruity Confections Portfolio Director at Mars Wrigley. “Mars PMP singles are growing at 7.9% YTD [Nielsen, Oct 2020].” Launched in March 2020, Skittles Giants are available in a 125g PMP bag, retailing at £1. Softer on the inside and bigger on the outside, they are three times the size of a standard Skittle, delivering more mouth-watering fruity flavour in one sweet.”

Mars Wrigley is also highlighting its PMP gum range, as Marta Gil, Brand Director Extra Gum, says: “We are looking to continue to grow the gum category with the launch of our £2 PMP EXTRA sugarfree gum 46 pellet bottle across our best-selling core flavours: Peppermint and Spearmint. An exclusive format for the retail channel, the bottle format continues to tap into the growing demand for keeping teeth clean and breath fresh after snacking on the go.”

“Price-marked packs account for 74% [IRI, Jan2020] of total soft drinks sales in symbols and independents, so we know how important it is to offer a competitively priced range.”

With take home and multipack formats growing under lockdown, Suntory has reduced the on-pack price of some of its most popular drink-later products, including Ribena 600ml squash and Lucozade Energy 1L format drinks. Reduced to £1.50, these drinks tap into the continued popularity of PMPs, and the growth in sales of drink-later formats.

“Offering PMPs of well-known brands provides shoppers value for money across favourites they would be looking to purchase on a regular basis,” says Phil Sanders, Out of Home Commercial Director at Britvic. “For example, retailers can stock our £1.49 price-marked 900ml bottles of Robinsons Orange, Apple & Blackcurrant and Summer Fruits squash.

“We have also updated our 500ml PMP offering to a competitive single price point of £1, across the whole no added sugar range including Pepsi MAX, Pepsi MAX Cherry & Raspberry, Diet Pepsi, 7UP Free and Tango. This temporary move will allow retailers to clearly communicate value to their shoppers, at a time when this is so important as a result of the pandemic. The exciting new Tango Sugar Free Dark Berry flavour will also include this £1 PMP.”

Red Bull advises that its core range is the essential product range to stock and is available in both PMP and non-PMP formats, and includes Red Bull Original 250ml, 355ml, 473ml and Red Bull Sugarfree 250ml. Red Bull’s Editions range also consists of both PMP and non-PMP cans with flavours including Tropical, Coconut & Berry, Red Edition and the latest Summer Edition in a Cactus Fruit taste all available.

Even tea isn’t immune to the PMP effect, as Parminder Walia, Category Development Manager for Tetley, explains: “For retailers, PMPs are a way to demonstrate value for money and to bring attention to your offer. They are not suited to everything, but high volume like everyday black teas and decaf, the mainstay of any good tea offering, are definitely right for price mark.”

“The smaller pack of Tetley Decaf 40s PMP £1.75 is a good basic stock ideal for infrequent buyers and to tempt first time trial. A larger pack as part of a healthy sales drive, like Tetley 80s PMP £2.85 would work well here too.” 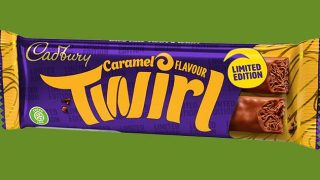 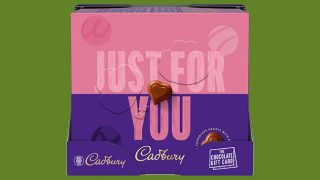