A new analysis undertaken by the Scottish Retail Consortium and published a month after non-essential shops were permitted to re-open, has found that retailers in Scotland lost £1.9bn of retail sales during the first four months of the coronavirus pandemic.

Scottish retail sales recorded four successive months of double-digit decline between March and June. The analysis, based on Scottish Government and SRC data, shows the sheer scale of the retail sales that were lost during this period compared to the same period last year.

The performance of Scottish retail sales improved in June compared to recent months but was still down almost a fifth on the same period last year and lagged behind that of the UK as a whole. Non-essential shops in Scotland were permitted to re-open from 29 June, with stores in shopping centres allowed to re-open from 13 July.

David Lonsdale (pictured), Director of the Scottish Retail Consortium, said: “These figures are stark and show that retail sales crumbled over the first four months of the pandemic. Not all retail sub-sectors were impacted equally, with fashion, clothing and footwear faring particularly poorly.

“Shops and retail jobs depend on the ongoing patronage of the public and whilst the situation is gradually improving, it remains particularly acute in our city centres where stores are suffering huge drops in footfall. Any prolonged absence of office workers, students and tourists from Scotland’s city centres will be hugely challenging for retail and hospitality businesses who rely on their custom, and who often already face high property costs. This will have consequences for jobs, vacant premises, and tax revenues.” 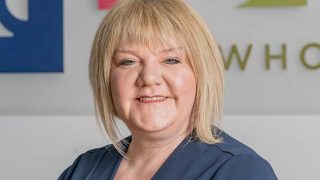 Lomond brings back ‘Give Back’ promo