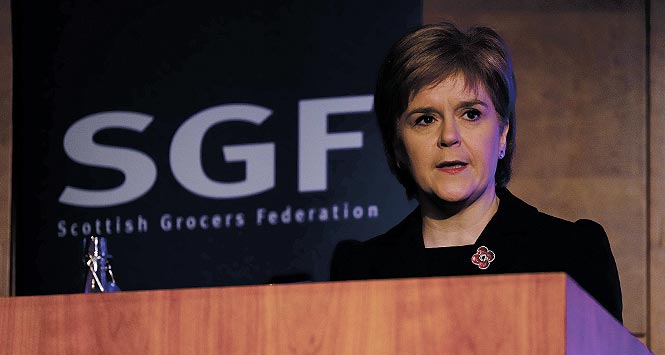 The SGF Conference was held at RBS’ global headquarters on 29th and 30th October with the theme of ‘Opportunity Knocks’ and a keynote from the First Minister. We take a look at the highlights.

The Conference, organised in partnership with SLR, began with a Gold Members’ dinner on the Wednesday night. The conference opened on Thursday morning with a well-attended supplier exhibition, attended by over 100 retailers. That almost half the delegates were convenience retailers is a real testament to the Federation’s work over the past six months.

Under the banner ‘Opportunity Knocks’ the first day was more practical and hands on, with a quick burst of 10 minute presentations after lunch. Chaired by SLR Publisher Antony Begley, these included a welcome by SGF Chief Executive Pete Cheema and President Abdul Majid, and presentations from Zero Waste Scotland, the SGF Healthy Living Programme, retail expert Leigh Sparks and Leicestershire retailer Raj Aggarwal, who showed delegates the staggering new store he has opened which combines convenience with coffee shop.

This was followed by hugely successful breakout sessions which allowed smaller groups of retailers to hear from companies committed to improving their business – the four sessions covered workplace pensions, energy efficiency in-store, healthy living and the growing demand for e-cigs. As part of these sessions retailers were told how they could apply for a grant of up to £5,000 to put towards making their store more energy efficient.

Day two of the Conference began with an inspiring presentation from Mike Greene, Chief Executive of My Local, who discussed the challenge of converting 130 stores from Morrisons overnight.

There was a total of 10 speakers on the second day, which was chaired by Muller Wiseman’s Sandy Wilkie, and included presentations from RBS Chief Economist Stephen Boyle, SGF’s John Lee and him!’s Ed Sibley, among others. SGF Chief Executive Pete Cheema provided an update on the Federation’s work before First Minister Nicola Sturgeon took to the stage to give a heartfelt thanks to the work carried out by local retailers. She said that while retailers and Government couldn’t agree on everything it was vital that they worked together.

A full review of the conference will appear in the December issue of SLR. 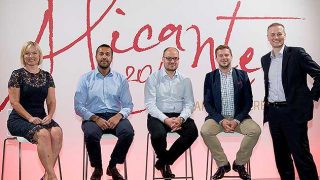 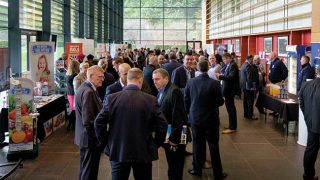 All change at Conference