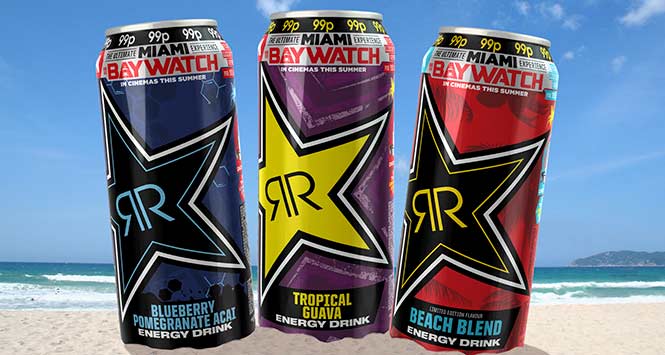 AG Barr is backing its big can flavoured energy brand, Rockstar, with an on-pack promotion linked to Baywatch, the action-comedy film set to be released on May 29th.

Rockstar’s promotion, which runs from now until June, offers shoppers the chance to win the Ultimate VIP Miami Experience, including pool party and luxury yacht trip, as well as daily prize bundles, via a ring pull winning code mechanic.

The on-pack tie-up runs across Rockstar’s Xdurance and Guava flavours, and on a new limited-edition variant, appropriately named Beach Blend. It will feature on both plain and 99p price-marked 500ml cans (outers of 12).

“Baywatch will be one of the hottest and biggest films releases of 2017 and we are excited to be partnering Rockstar with such a phenomenon,” said AG Barr Marketing Director Adrian Troy.

“It is a perfect fit for the brand and energy drink consumers will love it. The on-pack offer will help drive overall sales of energy drinks, so our advice to retailers is to stock up.” 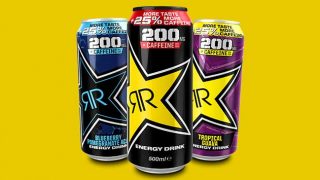