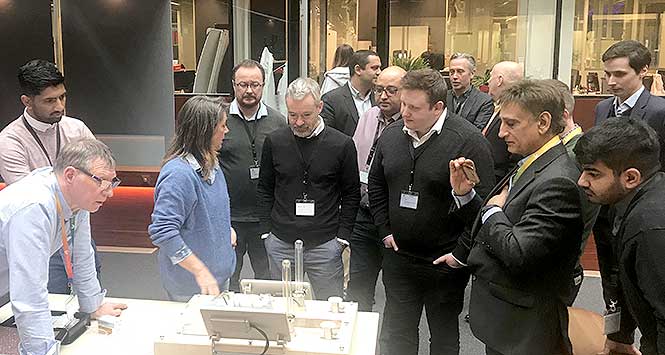 The SGF National Executive recently had the rare opportunity to see inside Philip Morris International’s spectacular Cube facility in Switzerland to gain a better view of the global giant’s commitment to a smoke-free future through Reduced Risk Products.

There can be few u-turns quite as spectacular as the one Philip Morris International (PMI) made last January when it revealed that its new year’s resolution was to commit to ceasing production of combustible cigarettes. The world’s most successful cigarette company was quitting smoking.

It was an astonishing statement and it’s notable that none of the other major tobacco players followed suit. PMI are going it alone and they’re not going at it half-heartedly. To date the company has spent $4.5bn researching and developing reduced risk alternatives. That’s a huge investment: even Apple would consider $4.5bn a hefty chunk of change to commit to a single project, let alone one in a category that’s still in its infancy.

So it was fascinating to be part of an SGF National Executive study tour recently to visit The Cube, PMI’s ultra-modern research and development facility in Neuchatel in Switzerland. The broad aim of the trip was to get a better understanding of how committed PMI is to reduced risk products (RRPs) in general, and its IQOS ‘heat not burn’ proposition in particular.

PMI’s official position is they are building the future of the company “on smoke-free products that are a much better choice than cigarette smoking” and their vision is “that these products will one day replace cigarettes”. When that day will come, only time will tell, but a trip to The Cube at least offered a glimpse inside the energy, passion, smarts and financial investment that PMI is putting behind that vision.

Neuchatel is one of two such facilities – there’s another in Singapore – and so far PMI has recruited 430 research and development scientists and housed them in two purpose built centres committed to delivering a smoke-free future. They’re obviously already making some progress given that over 4,300 patents have been granted worldwide protecting work carried out by the teams.

The Cube is pretty much what you’d expect it to be – futuristic with lots of glass-walled rooms full of scientists in lab coats working on fancy machines and computers. We also toured the manufacturing facility where the company’s HEETS sticks for its IQOS unit are produced. To summarise, HEETS are made by ‘homogenising’ tobacco into a paste that is dried and pressed to create huge rolls of what looks like pale brown wallpaper. These are chopped into small pieces and inserted into wrappers along with a filter. It’s a bit more complex than that, but you get the idea. 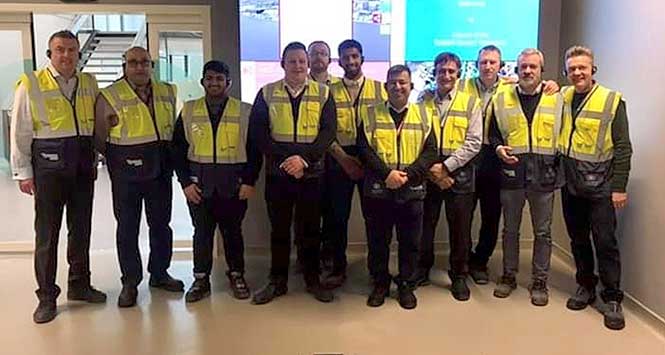 A presentation then gave the National Executive an update on PMI’s approach to a smoke-free future. The company is working on a full range of ‘heat not burn’ RRPs, some containing tobacco (such as IQOS), some more along the lines of vaping products. It was made clear the range is aimed at smokers who are looking for a less harmful alternative, rather than attracting non-smokers.

The latest research by both PMI and independent bodies suggests that IQOS and other RRPs result in a 95% reduction in harm to users who previously smoked cigarettes – roughly on a par with vaping products in terms of risk exposure. The ultimate aim is to encourage all adult smokers to switch to smoke-free products as soon as possible.

There are around one billion smokers worldwide and currently roughly 6 million IQOS users. There’s clearly a long, long way to go but you’ve got to start somewhere.

PMI appears to have taken a pragmatic, real-world approach to working on a smoke-free future, recognising that new products still need to contain nicotine to get smokers to convert but simultaneously aiming to produce products that get smokers as close to cessation as possible while still giving them an experience similar to the one they get from combustible cigarettes.

Much of The Cube’s work involves examining robust, reliable scientific data on the use of RRPs. The evidence generated will undoubtedly prove invaluable, not least for tackling the huge hurdles the company will face when attempting to fit IQOS into Scottish (and UK) tobacco and vaping legislation that was drafted before ‘heat not burn’ technologies had really become a thing.

The presentation reiterated the latest conclusions that because IQOS heats to ‘only’ 350 degrees, no combustion occurs, so far lower levels of toxicity are generated.

The bigger challenge that lies ahead for PMI now is growing uptake of IQOS and other RRPs in the Scottish and UK markets, hindered all the while by lack of legislative clarity and lack of consumer knowledge of the product and its benefits. It’s no small challenge but after spending $4.5bn on it so far, it’s probably fair to assume that PMI fully intends to find a way to get a lot more smokers off the cigarettes and onto an IQOS.