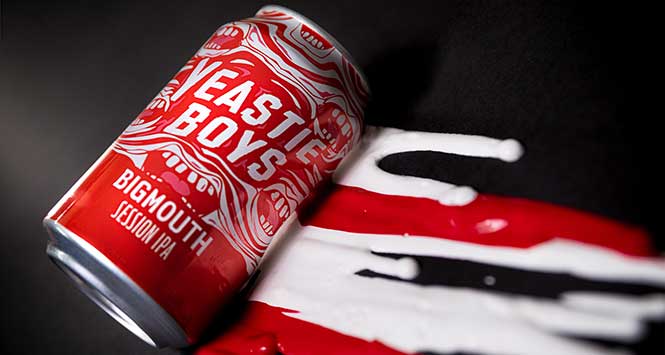 As well as becoming exclusive UK distributor for Yeastie Boys’ range of award-winning craft beers, KBE will also take an equity stake in the business.

Yeastie Boys was founded 13 years ago with the aim of bringing interesting and innovative craft beers to New Zealand. It started brewing in the UK in 2015.

Beers like Gunnamatta and Pot Kettle Black have made a big impact on the UK craft scene; prior to the pandemic Yeastie Boys sales grew by 533% in four years, with extensive distribution in specialist craft beer pubs, as well as with big off-trade hitters like Majestic Wine and Waitrose. Continued off-trade expansion has been identified as an “exciting opportunity” by the brewer.

KBE Drinks was set-up over 30 years ago to distribute India’s Kingfisher beer in the UK and Europe. The last five years have seen a period of rapid growth for the business, with the addition of a number of global brands to its stable, including Sagres from Portugal, Dos Equis from Mexico and Lion from Sri Lanka.

Getting Yeastie Boys on board plugs a gap in its portfolio for a credible craft beer brand as it seeks to broaden its presence in the off-trade.

Initially, the partnership will look to capitalise on the current trend for flavourful yet easy-drinking lagers and pale ales from credible craft brewers. KBE will focus on driving distribution for Big Mouth Session IPA and brand new super drinkable lager, Superfresh.

Shaun Goode, Chief Operating Officer of KBE Drinks, commented: “In recent years, craft beer has continued its march into the mainstream and is now a must-stock. Combining Yeastie Boys great beers with our commercial reach should be a match made in heaven and I would encourage retailers to check out the range and stock up!”