No quick fixes to dietary problem 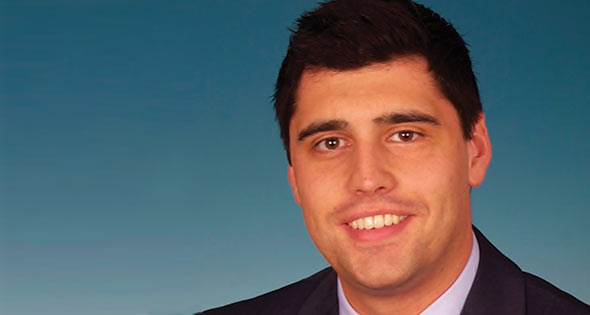 Ahead of this May’s Scottish election, the nation’s diet is going to be near the top of the agenda, and with retailers once again innocently finding themselves in the firing line, the solution involves overcoming a number of complex and nuanced issues.

As the 2016 Holyrood election approaches it is worth pausing to recap on the public policy challenges that have faced us in this parliament and those that might rear their heads after next May. As someone who has been on the front line working day in and day out with our elected representatives it is clear to me that the nation’s eating habits and our expanding waistlines are, and will continue to be, an issue of much preoccupation for our policy makers.

On the one hand, this is perfectly understandable. Scotland tops a number of league tables of which, for once, it would be better to be at the bottom. Whether it is childhood obesity, adult obesity or rates of weight-related ailments we really are top of the pops. On the other hand, amongst all of the hand wringing and groans that “something must be done” and the unprecedented levels of investment and innovation from industry and government, Scotland’s track record for poor diet and health remains pervasive and intractable.

What this tells us is that poor diet and health are multifaceted and complex issues. It requires a multi-factorial approach delivered at sufficient scale and over significant time in order to be effective. Quite simply, there are no quick fixes. For politicians, always after the immediate fix that fits neatly into the four or five-year electoral cycle (preferably accompanied by extensive popular media coverage) this is quite inconvenient.

That is why, instead of being serious about some of the slow-burn, difficult responses and facing up to the fact that it is ultimately up to individuals and parents to control their own and their children’s diet and physical activity, government chooses to focus on only one side of the supply and demand diet equation. As retailers, I don’t need to tell you that it is you and your businesses the government has in its unwavering crosshairs. Tax it, ban it, hide it, demonise it are the watchwords of our political masters. But they are wrong and they are wrong for two important reasons.

Firstly, we will never tackle the quite real and serious issue of poor health and obesity unless we recognise that there are two sides to the nation’s relationship with food, one of supply but also one of demand. Secondly, the idea that retailers are not working incredibly hard to ensure that their customers can make healthier choices, without government intervention, doesn’t withstand any scrutiny whatsoever.

Major food retailers, for instance, have led the food industry in helping consumers to make healthier choices through a wide range of initiatives including the rollout of our front of pack nutrition labelling scheme, working on reformulation to produce nutritionally improved food and using new media to directly engage the consumer.

Optimising product composition has been a priority for major food retailers for many years. Retailers are increasingly offering their customers more nutritious and higher quality foods. This has included reducing the quantity of nutrients of public health concern, increasing the quantity of beneficial nutrients under consumed and presenting products in various portion sizes.

Through working on their products, retailers have removed thousands of tonnes of sugar and salt and billions of calories from a wide selection of products that we enjoy every day in Scotland. Retailers have also been the first to remove the use of hydrogenated vegetable fats from all their food stuffs and have gone further by removing large quantities of saturated fat from ready meals, desserts, crisps, pastries and other products.

Retailers have also committed to make it as easy as possible for customers to make informed decisions and therefore healthier choices, including using the nutrition information and advice they provide.

Against a challenging economic backdrop retailers have also ensured that hard-pressed consumers can feed their families from a choice of high quality, nutritious food and on a budget. This has included the extensive promotion of fruit and vegetables, provision of menu cards, meal suggestions and cooking tips to help combat the myth that healthy food is more expensive.

The challenge of combating Scotland’s track record for poor diet and health is not one for the retail industry alone. That is why the SRC recently published a paper setting out a range of commitments we would like to see each of the political parties adopt in the lead up to the 2016 Holyrood election in order to support further progress not just from the retail industry but also to secure greater responsibility from the wider food industry, from individuals and to support more informed consumer decisions.