Mohammed Shafiq: getting it right all day long 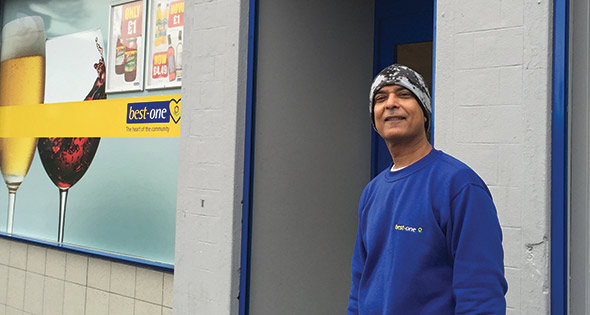 Dundee retailer Mohammed Shafiq has been trading as a Best-one for a year, and his store is a masterclass in modern merchandising, divided into areas based around the time of day, which has resulted in happy customers, and a happy retailer.

After 14 years running an unaffiliated store in Dundee, Mohammed Shafiq in early 2014 decided it was time for a change. Based on feedback from his customers he knew he had to expand. That wasn’t possible in his current location, but he also owned the property nearby and so served notice to two tenants – a charity shop and a hairdressers – and began to speak to symbol groups.

“I know everyone in the area, so they’re always good to provide feedback on what I could do better. They said I needed a bigger range and more variety. My old shop was only 400 sq ft so I couldn’t do it there,” he says.

“I spoke to a lot of the symbol groups but Bestway stood out for me because of their flexibility. It was a clear advantage. I didn’t want to be tied to buying x amount of chilled or bakery or what have you – with Best-one it’s just an overall total, so I could concentrate on the areas that I know work well for me.”

The refit for the store took just over a month, but given Shafiq was still operating the nearby unit then he had no issues with deadline. “It took a while, but I wanted to make sure it was done properly with no shortcuts. At the end of the day, it’s your own investment.”

A wall dividing the two previous units had to come down and new floors, ceiling and even a roof was installed before Shafiq started to work with Best-one on the layout of the store. And this is where the magic began.

The store is oddly shaped, almost L-shaped, but rounder. It’s certainly not a box. “I thought the shape would have been a negative point, but the more we discussed it, the more we realised how we could work it to our advantage,” says Shafiq.

The idea was to look at mission shopping principles and divide the store into three distinct areas for morning, lunchtime and evenings. The smaller spine of the store is its morning section where you can find confectionery and crisps. Food to go sandwiches share a fridge with fresh juices and energy drinks, next to morning rolls and news and magazines.

The middle area of the store is covered by the same confectionery and crisps fixtures, but includes a chiller with Rustlers burgers and soft drinks, next to a microwave and coffee machine.

The main spine contains grocery, chilled and a hugely impressive soft drinks fixture with a fully kitted-out BevtRac system. All chillers – including beer and wine – are closed doors. Shafiq reckons it’s this side of the shop that customers turn to in the evening, so it is here that you’ll find bread and milk. “People in here tend to pick it up after work, so it made sense for bread and milk to be next to the grocery,” he says.

With heavy competition around him, Shafiq had to make a big decision about his pricing on key items. “We’ve got an Aldi, Lidl, Farmfoods and Home Bargains store near us,” he explains. “I can’t compete with the discounters on price, but by getting as close to them as possible on key items like milk, then hopefully my customers will be willing to pay a few extra pence to shop locally – if it was a larger sum it would make their decision to go elsewhere a bit easier.”

Not only does Shafiq have milk at a highly competitive price, but he has a permanent multi-buy promotion on bread and milk, which includes a hand-made point of sale on the door, and next to the bread – which is located next to the milk chiller. Either two four-pint jugs or one two-pint jug and a loaf for £2.

Overall, the ranging and merchandising is flawless, it’s carefully thought out, but it’s this innovative approach that makes Shafiq’s store stand out.

“I wasn’t 100% about whether it would work, it’s not like a normal shop after all,” he says. “It’s something I really wanted to try though.”

Shafiq says that customers have been impressed. “The advantage is that I already know them, so we’ve already got that relationship. They’re keen to tell me what they think, and they’ve reacted positively to the new shop. The workmen love being able to come in early and have everything they need next to each other.”

The corner location helps too. It straddles five different streets and is visible for quite a distance, meaning Shafiq is also getting more passing business.

Open from 6am until 10pm every day, Shafiq and just four members of staff work in the shop, and he admits it’s been hard work, but almost one year in, he’s content with the progress the shop has made – although there is one area where he’d not happy. The day before SLR’s visit his tobacco gantry was covered up. “It’s just stupid,” he says. “People are either going to smoke or not, or they’re going to give up or not. Whether they can see packets won’t make any difference to that, and I’m left with a fixture that isn’t very nice to look at.”

Like all retailers there’s nothing Shafiq can do about the tobacco display ban, however when that’s the only aspect of your shop that you’re not happy with then you know you’ve done something right. Shafiq certainly has. The decision to move to a bigger unit incurred a major investment, but that’s paying off with every transaction put through the till. The decision to merchandise the shop based on time of day is inspired and highlights just how progressive independent retailers can be. 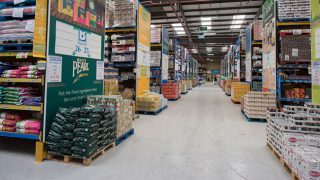 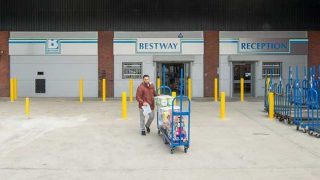