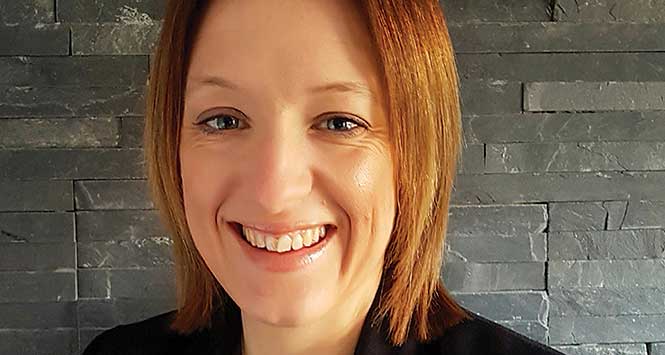 When the SGF Healthy Living Programme (HLP) first sparked into life in 2004 with the aim of improving the accessibility of healthy affordable foods, particularly in deprived areas, very few people could have predicted the revolution that it helped kick start.

Back then, it was a rare convenience store indeed that had a decent range of fresh fruit and veg and the chilled market was similarly in its infancy.

Fast-forward to 2018 and there’s hardly a refit takes place in Scotland that doesn’t involve creating more fresh and chilled space and putting it in higher footfall areas of the store.

It’s a point not lost on new Programme Director Kathryn Neil, who has been with HLP since 2014: “When the Programme was first launched I think a lot of local retailers, and indeed the wider industry, were a little skeptical about its prospects of success. I think a lot of retailers thought our aim of making healthier, affordable foods available to a wider audience was commendable but they just didn’t believe that stocking fruit and veg would be commercially viable.

“But if you look at most stores in Scotland these days the fresh and chilled offering is now a fundamental part of their offer. Fresh and chilled now gets a lot more space in-store and more often than not it’s sited in very prominent positions with high traffic.”

Neil is keen to stress that this change isn’t entirely the result of the HLP however: “We appreciate that consumer buying habits have moved towards healthier consumption but I think the Programme can certainly claim to have helped accelerate that shift.”

It’s also worth noting that the Programme was first initiated not by the Scottish Government but by suppliers and retailers like Robert Wiseman Dairies, Aberness, Botterills, CJ Lang & Son, David Sands, and Morning Noon and Night. This wasn’t a Programme imposed on the sector; it was an initiative driven by a sector keen to be the agents of positive change in communities right across Scotland.

Neil officially took over the management of the HLP in June this year but the fact that she has been on board since the very first day means that she has a comprehensive understanding of the Programme – both its successes and the challenges that lie ahead.

“We’re at an important stage in the development of the Programme,” she explains. “In the local retailing arena we’ve been focusing almost exclusively on fresh produce and we’ve been exceptionally successful in working with retailers to ensure that fresh fruit and veg is widely available these days. There are now 2,226 retailers in Scotland who have HLP stands or POS in store and we’re in the midst of a trial in 120 McColl’s stores as we speak. But the next phase of the project is to work with retailers to widen the scope of healthier products they stock, not just fresh produce.”

And that is a significant challenge, not least because it’s a fiendishly difficult task to provide a working definition of what constitutes ‘healthier’. With the growth of healthier consumption patterns among consumers and current vegetarian and vegan megatrends there is undoubtedly an appetite among both consumers and retailers for healthier lines. The problem is that defining a healthy product is, at a practical level, extremely challenging. The reality is that many products that most retailers would instinctively believe to be healthier turn out not be when they are measured against the Scottish Government’s complex criteria. The oft-cited example is tinned tuna. Seems healthy enough, doesn’t it? But as most tinned tuna has been heavily processed, most of the omega-3 oils that make tuna nutritionally desirable have been stripped out. The result? Tinned tuna doesn’t make it onto the healthier list.

“It’s a real and very serious challenge,” says Neil. “In an ideal world we would provide local retailers with a big list of every SKU that meets the criteria but in practical terms that’s just about impossible to do.”

The Scottish Government’s criteria take into account a whole range of factors including things like salt, sugar and saturated fat content but the problems of examining every single product in a store and giving it a tick or a cross are obvious.

Neil is currently working hard with the Government to find a solution to this tricky challenge but her years of working with the local retailing trade mean she is very conversant with the practical issues retailers face in-store and is able to help represent those concerns and challenges to Government.

The Scottish Grocers’ Federation (SGF) Healthy Living Programme (HLP) was originally established in 2004 by Robert Wiseman Dairies with the support of the Scottish Government and the five main convenience store operators in Scotland at the time: Aberness, Botterills, CJ Lang & Son, David Sands, and Morning Noon and Night.

In its current format, the HLP is funded by the Scottish Government’s Health Directorate, with NHS Health Scotland acting in a performance management role.

The aim of the programme is “to improve the accessibility of healthy affordable foods by supporting convenience retailers, particularly those in deprived areas where diet is traditionally poor, to expand and improve their offering of healthier options. It is hoped this will lead to an increase in the sale of healthier options, benefiting both the consumer and the retailer”.

This month also sees the launch of a major Scottish Government consultation on the ‘Promotion of High Salt and High Sugar Products’. The headline-grabbing outcome of this consultation is likely to be some form of restrictions on selling confectionery at the tillpoint as well as restrictions on how these types of products can be promoted.

“I have no way of knowing what that consultation will lead to, obviously,” admits Neil, “but the fact that these issues have already been made public in the ‘Scotland’s Diet & Healthy Weight Delivery Plan’ document that was published in July suggests that we can expect developments in this area.”

Neil is keen however to encourage local retailers to embrace these developments and start making plans for the continuing evolution of the retail environment.

“It’s entirely understandable that retailers will find these changes difficult but I would ask them to approach these challenges positively. When the consultation is concluded we will have a much clearer picture of how the future lies and the role that the Programme will have in helping retailers move forward.”

One concrete opportunity that is coming is the migration of the Healthy Start voucher scheme to the new Best Start Food voucher scheme which is being trialled in February. The scheme will offer families below a certain household income vouchers which they can use to buy fresh produce, milk, pulses and both tinned and frozen fruit and veg. Local retailers will be able to sign up to accept them.

“This is an important revenue opportunity for retailers,” says Neil. “We expect that a smart card system will be implemented at some point next summer which will mean that retailers will get cash for the vouchers they take straight away. We are currently working with the Scottish Government on the implementation of the scheme and also on training retailers on how to operate the scheme in-store.”

It’s been a challenging few months for Neil since she took over, leaving her hardly enough time to draw breath, but she brings fresh enthusiasm and impetus to a Programme that has helped transform Scotland’s approach to its diet, something that she and all local retailers can take pride in.

“It’s been a hard few months with lots of challenges – GDPR, recruitment, a shifting focus – but it’s been great fun. My long experience of the Programme means I understand retailers’ concerns and I understand that everything we do has to take account of their legitimate commercial interests. We have a great track record of working with retailers and I fully intend to build on that in the future.”

That will undoubtedly mean more Big Breakfast and Healthy Living Days, two of the more visible projects that have taken hold in local retailing.

“We’ve held 23 Big Breakfasts and 32 Healthy Living Days with retailers so far,” she says. “In total that means we’ve been in front of over 10,500 kids and have been able to help them understand the importance of a good breakfast and a good diet.

“More and more wholesalers and symbol groups are now encouraging their retailers to do it and that’s fantastic. It’s basically a ready-made solution for retailers and we can even provide a step by step guide for them, as well as helping organise the day and liaise with the local school.”

Also on Neil’s horizon is a focus on encouraging retailers to embrace ‘impulse fruit’ and heathier meal deals, again reflecting a good understanding of the realities of retail.

“The job is only part done,” concludes Neil. “In fact, it will arguably never be completed but we’ve made enormous strides and I can only offer massive thanks to all the retailers across the country who got involved. We couldn’t have done it without them – and there’s more we need to do together in the future.”