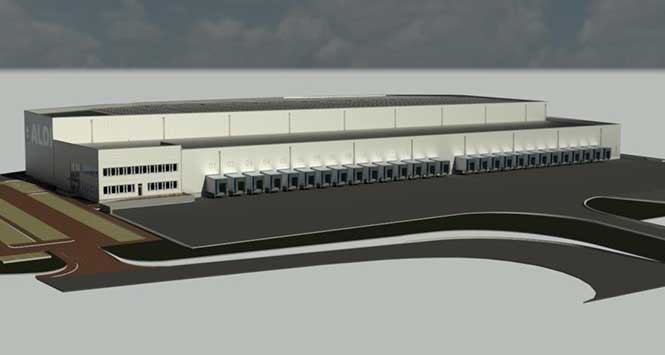 Aldi has secured planning permission for a £25m expansion to its Regional Distribution Centre in Bathgate.

The approved plans include a new 196,000sq ft storage and chill facility to cope with the discounter’s growing number of Scottish stores and expanding product range. If the artist’s impression above is anything to go by, the site will be able to process 28 delivery trucks simultaneously.

Work will start later this year and is due for completion in 2020. The extended facility will create more than 200 new jobs in addition to the existing team of 470.

Richard Holloway, Aldi’s Regional Managing Director for Scotland, said: “With particular focus on opening new stores and increasing the number of local producers we work with, we’re confident of expanding our customer base north of the border.”

Aldi currently has 78 stores in Scotland with an additional seven due to open during 2018.