Design-led simplicity from And Union 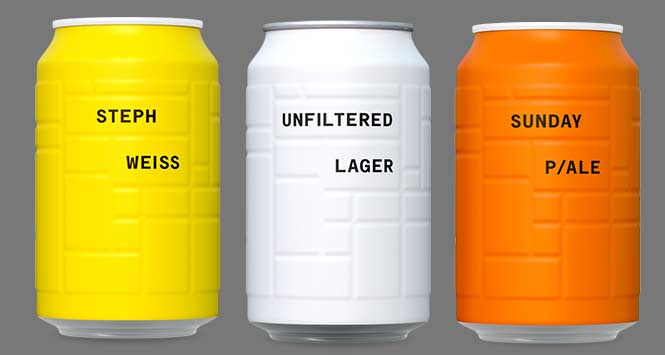 “Maximum visibility on-shelf” is a phrase much overused by PR firms touting new products, but in this instance it’s entirely appropriate. For the pack design, And Union has gone for the minimalist approach and it’s worked. The cans are sure to be noticed on a crowded shelf.

“We wanted to create a can that you hesitate to throw away after you’ve had the beer. I end up leaving stacks of these empty cans in my kitchen because I feel bad throwing such a beautiful thing in the recycling,” explained Rui Esteves, And Union’s co-founder.

“Not only do they look good, they also taste the way beer was meant to be brewed,” added an And Union spokesperson. “Only ever produced in small batches, And Union beers are always unfiltered to allow a fuller, richer taste and smoother mouthfeel.”