Business rates ‘not fit for purpose’ 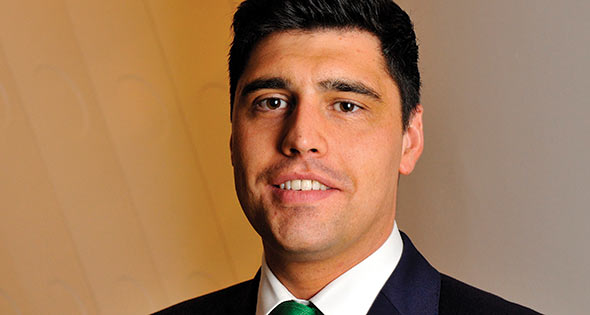 As the Westminster Government announces plans to review business rates in England, the Scottish Retail Consortium has urged the Scottish Government to follow suit, claiming that the current system is a drag on economic growth.

by David Martin, Head of Policy & External Affairs at the Scottish Retail Consortium

The SRC has long-argued that the current system of business rates is not fit for purpose and acts as a drag on Scottish economic growth and job creation. It acts as a disincentive to invest as it punishes those that improve or expand existing premises. Unsustainable levels of business rates are deterring successful and growing businesses from expanding into new property as lower cost and less burdensome routes to market, including online, means there are more viable alternatives to physical property.

The Westminster Government recently announced a review into business rates in England. The review sets out a range of important questions, some of which go to the fundamental nature of the tax, including whether it should remain property-based.

The business rates system is unlike any other national tax as it fails to reflect profitability or flex with wider economic conditions. It is, uniquely, a tax that only ever rises. Add to this the fact that the link between what the ratepayer pays and the public services delivered is broken and we have a recipe for unfairness and reduced confidence in the system.

Firms in Scotland are set to fork out £2.8bn in business rates this year with well over a quarter of this coming from the retail sector. However as I visit retailers across Scotland one message is consistently to the fore: their confidence to invest going forward is being held back by the prospect of paying out even more for business rates.

The fears are born out in the facts. Business rates revenues derived from retail have increased 30% between 2009 and 2014. Over that same period there has been 1,795 fewer shops. Every 1% rise in the vacancy rate equates to a loss of around 2,550 retail jobs in Scotland.

It is our belief, backed by a wide range of our collegiate organisations including the Scottish Chambers of Commerce, the Scottish Grocers’ Federation and the National Federation of Retail Newsagents, that an overhaul of business rates would be a very effective and tangible step the Scottish Government could take now to unleash business investment and growth that could bring with it many more Scottish jobs and a revival of our town centres.

For our part, the SRC launched Business Rates: Fundamental Reform at the end of February. It sets out six core arguments of why reform is required and proposes a number of principles that should underpin future reform. Our paper has started to capture the imagination of policy makers in Scotland but, in addition, the case for reform is also attracting growing support from a wide cross section of Scotland’s business and commercial life, including publishers, manufacturers, the whisky industry and representatives of small firms.

Across the UK, the issue of business rates reform is rapidly rising up the political agenda. Along with the wide-ranging ambitious review in England, in Wales the parties are looking at how they can use the newly devolved control over business rates to leverage inward investment. In Northern Ireland, a commitment has been made to undertake a fundamental review of the business rates system.

The Westminster review, whilst good news for ratepayers in England, does not apply to Scotland. This should concentrate minds in the Scottish Government as it is no longer an option to say that fundamental reform is too difficult or complicated – that particular ship has sailed. Indeed, 69% of MSPs agreed in a survey undertaken at the end of 2014 that the current system of business rates is in need of reform.

The challenge for politicians in Scotland is to show us all how they are going to embrace the task of reform and deliver, with us, a system that is fit for the 21st century. You can play your part by writing to your local MSP encouraging them to meet with and discuss the Scottish Retail Consortium’s proposals for reform.

We need a system that is fair, adaptable and competitive across all sectors and businesses. Reducing the business tax burden, sharing it more equitably across all industries and flexing it according to sales performance and economic conditions would encourage businesses to support economic growth, invest in high streets and create more jobs.

Tags:business ratesDavid MartinScotlandSRC
previous article
Stork aims to whip up baking sales with launch of Stork with Butter
next article
Wrigley announces ‘best taste ever’ and new identity for Extra