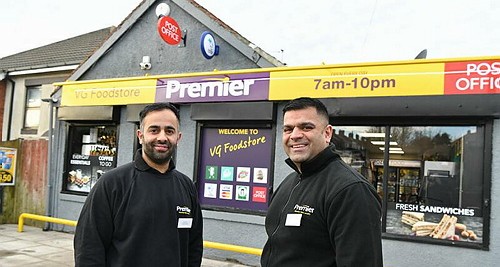 The 600sq ft VG Foodstore in Wheatley Hill, County Durham, has been run by the Dhinsa family for more than 35 years and was previously independent.

Brothers Steve and Jassy, who have taken over the running of the store from their parents, decided the time was right for a refit and it closed for six weeks as it took place.

The new format takes the best learning from Mandeep Singh’s store in Sheffield, which trialled lots of new elements to attract consumers, and has won praise from retailers. Since it launched a year ago almost 250 retailers have visited Mandeep’s store with the view of copying it. However, the store is 1,800sq ft and its refit cost in the region of £150,000 to £175,000.

Martyn Parkinson, Booker Sales Director, said: “We found retailers wanted to replicate it but in a smaller store. So we worked on how to get the best bits into a smaller space. That was a real challenge.

“Luckily Steve and Jassy were looking to have a refit, they had visited Mandeep’s store, and asked us to implement whatever we could from Mandeep’s into their store.”

The biggest transformation for the store was its chilled solution. It now has 5m of long-life chill. The brothers were keen to introduce more chilled but were put off by the possibility of wastage. However, through Booker, they have access to 330 lines of long-life chill. Chill sales have subsequently grown from £200 to £3,000 a week and the section attracts more new customers than anywhere else in-store..

The store also features Refresh@Premier, which includes fwip, Hersey’s Freeze, Jolly Rancher Slush, and Douwe Egberts coffee. This helps attract a younger demographic and the section takes up to £1,600 a week, attracting people from neighbouring villages, at a margin of 65%.

In the impulse aisle, small bags were removed – reducing the range by one-third – because bigger bags increase basket spend. In addition, Booker aims to keep items in shelf-ready packaging, so retailers only have touch stock once and replenishment is efficient. “We are really conscious that the retailers are saying ‘keep it efficient, don’t add any complexity’ because labour is expensive and it’s quite difficult to recruit,” said Parkinson.

Meanwhile, the store still features newspapers, magazines, and greetings cards so it keeps its CTN identity.

The retailers are regularly talking to customers about the range and if they feel something is missing they will bring it back. For example, the pet food range was recently extended to include treats and bird food. Recent feedback suggests more greeting cards need to be added.

Looking ahead, the store is thinking about introducing home delivery and has bought an empty unit next door for storage and picking purposes.

Steve said: “The format is brilliant – other retailers have been surprised at the range we stock.”

He added: “My advice to other retailers is 100% do this – I should’ve done it before. Everyone at Booker believed in us and gave us the best help.”

Read more about the new small format store in The Week in Retail. 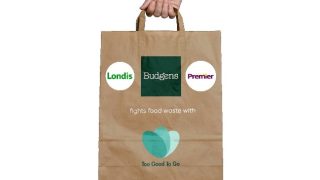 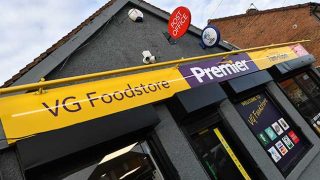