Consumer spending declined 2.3% year-on-year in December – the largest decline since June 2020 – as the tightening of tiered restrictions across the UK hampered high-street retailers and hospitality.

Data from Barclaycard, which sees nearly half of the nation’s credit and debit card transactions, revealed that spending on essential items grew 4.5% year-on-year as Brits stocked up for the festivities, aided by a 14.7% rise in supermarket shopping overall and online grocery spend surging 88.0%. Meanwhile spend on fuel declined 20.7% as tighter restrictions saw many Brits cancel plans to visit loved ones over the Christmas period.

Spending on non-essential items dropped 4.9% – the largest decline since June 2020 (-22.3%) as the growing spread of coronavirus led to more Brits staying at home and unable to visit physical retail stores.

While in-store retail spending fell 8.3%, the significant shift to online shopping continued, with online retail rising by 52.2% and accounting for almost half (46.8%) of all retail spending in December.

Shops in the local community continued to enjoy a boost, with specialist food and drink retailers such as butchers, bakeries and off-licences recording a 43.7% rise. This comes as more than half (54%) of Brits say they will do what they can to support local shops during 2021.

However, brick-and mortar retailers continued to be impacted by the restrictions, with department stores and clothing seeing declines of 15.2% and 7.3% respectively. The hospitality sector was also hit hard in December, with steep declines at bars and pubs (-71.4%) and restaurants (-65.4%) as new measures saw many Brits cancel festive social plans.

The continued restrictions across the UK mean that Brits’ confidence in the UK economy remains low at 22% – almost 20% lower than at the same time last year.

However, consumer confidence in household finances has held up at 68%, with almost a quarter (24%) of the nation feeling more confident about spending on non-essential items than they have been for a long time. Of those who are feeling more optimistic, 40% say it is because they have saved more than normal recently.

Raheel Ahmed, Barclaycard’s Head of Consumer Products, said: “Many still continued to support their local shops where possible, spending more time in their local community. Small businesses have continued to remain agile to these changing consumer habits – with many going online for the first time.

“With the latest government guidance to stay at home and a vaccine roll-out on the horizon, we are all hopeful of a brighter and more prosperous year ahead. Yet for now, the reality of lockdown life remains and it’s once more a hugely challenging time for high-street retailers as well as the hospitality, leisure and travel industries.” 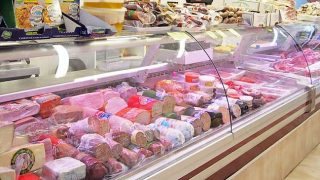