2 minutes of your time: Dan Brown 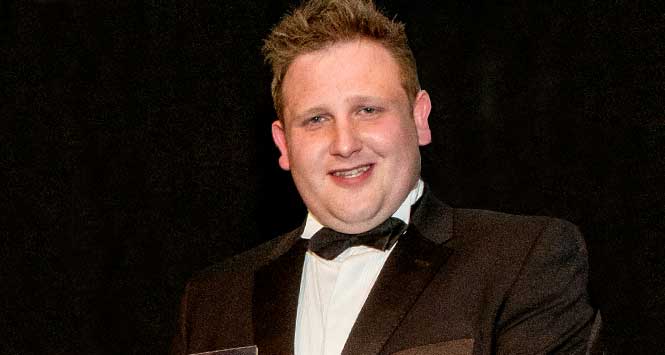 He may be a young man, but Dan Brown already has an enviable CV in local retailing in Scotland and looks set to build on that with his latest appointment as MD of Lothian Stores, the company behind Pinkie Farm Convenience Store in Musselburgh.

Dan Brown is Managing Director of Lothian Stores, the company that trades the Nisa Pinkie Farm Convenience Store in Musselburgh. He is son of industry stalwart Stephen Brown, formerly of David Sands and now of Scotmid. Dan has a degree in Retail Marketing from Stirling University and has worked in an array of convenience stores, most recently running Joanna and Franck Casonato’s Giacopazzi’s store in Kinross.

So, Dan, onwards and upwards to even bigger challenges then?
Yes, I’ve been very much looking forward to getting started. Pinkie Farm has a fantastic team and the store has a lot of potential – there’s no doubt there are going to be plenty of challenges but I can’t wait to get stuck in!

Presumably you enjoyed your time at Giacopazzi’s and learned a lot?
I had a fantastic time at Giacopazzi’s – again we had fantastic teams in both stores who were a pleasure to work with. Joanna and Franck Casonato gave me a lot of freedom to run the store, which allowed me to really harness everything that I’ve strived to learn over the last few years and so I’m very grateful for the experience.

You come from a retailing family. Is it in the blood?
Very much so! I’ve had the privilege of growing up working alongside my father (Stephen Brown of Scotmid) from a very young age and from that I developed a strong passion for retailing. There are some truly fantastic and interesting people within the industry and I’ve been very lucky to have been brought up around them.

What attracted you to the new role?
I Jumped at the opportunity, as it’s everything I’ve been working towards to date – I’ve had a very structured plan in place since I was in high school through gaining my Retail Marketing Degree at Stirling University while also gaining valuable experience in independent retailing as well as with a much bigger company in the form of Scotmid. I believe Pinkie Farm has huge potential and the position seemed like the perfect opportunity for me to fully put into practice everything I’ve learned so far.

Where do you think local retailing is heading these days?
I think it’s quite hard to predict at the moment as there’s a lot going on – there’s increasing potential pressure from the likes of the minimum wage increases, minimum pricing on alcohol, the deposit return scheme and some of the big mergers going on at the moment. Nobody really knows for sure what kind of impact all of this will have on the industry and so I think for now the key is maintaining the ability to be dynamic and offer different concepts within stores that allow us to diversify.

You’ve moved from a big store to an even bigger store – do the challenges grow with the size of the business?
I would say it’s probably more that there are different challenges and the difficulty is in the moving itself, rather than the size of the store or business as you have to be capable of adapting. In a bigger store or business you have the luxury of a larger staff base who you can develop and delegate tasks out to. It can be very difficult when you’re in a smaller business as although certain tasks might not take as long, you have a much smaller support network meaning you’re often on your own in having to do them. On that basis I wouldn’t necessarily want to say that a bigger store is a bigger challenge as I feel it somewhat takes away from the recognition that some of the smaller retailers deserve.

Have you spotted any immediate opportunities to grow the business at Pinkie Farm?
Colin Smith, the previous MD, has done a fantastic job in building the store and team into what it is today – having been there when it first opened I’ve seen the results of the countless hours of hard work and dedication he has put into the store. He has left the store in a fantastic position for me to take over from him and continue where he left off. I think there is the opportunity to add in some tighter structure and procedures which will allow myself and the team to focus on growing the business moving forward. I’ve had a strong food to go background and am confident there are opportunities to push the boat out in that regard, and I also think there will be some fantastic opportunities to maximise chill and fresh with the potential of Co-op ranging being made available to Nisa within the next few months.

What would you say is the key to your success?
Quite simply, hard work and empathy. I’ve always believed that anything is possible if you’re willing to work for it and a huge part of that is about taking the time to understand and serve people. One of my favorite quotes is from a book called ‘The Go-Giver’ by Bob Burg that states ‘Your influence is determined by how abundantly you place other people’s interests first’. I have always tried to keep this at the heart of my decisions as I have always found this to be the case.

Which categories do you see as being key for the next couple of years?
Again for now I think it’s very much about food to go and fresh, this seems to be the way everything is going at the moment and I think we’ve only just scratched the surface of its potential.

How important is innovation to the success of a modern c-store?
I think it comes back to the point that we have to be dynamic in order to survive against the pressures we’re facing. In some ways I actually think some of this pressure is a good thing as it’s during times like this where the innovation is very much necessary and we’re therefore likely to see some fantastic ideas and concepts emerging that could potentially re-invent convenience retailing as we know it.

How important is it to build a strong team behind you?
Your team is the heart and soul within your business – without them, there is no success and it is therefore crucial to keep their wellbeing and development a priority.

Do you get any sleep?
Haha! Occasionally! I go through phases – I have progressed through multiple different stores over the last few years and there’s always been a period at the beginning that takes an exceptional amount of time and effort to get things running to the standards you expect, which has in the past meant having only two or three hours of sleep at nights and little to no days off – no pressure, no diamonds as they say! I have learned from this however, and although I’d like to think I still work exceptionally hard, I’ve learned the importance of working smarter and so generally any overtime goes towards staff development or on building processes and procedures that then free up my time going forward. I also make a point of making full use of my days off as it’s important to switch off and clear your head, otherwise you just burn out.